Last week, Crytek announced that they would be delaying the release of Crysis Remastered. This news came hot on the heels of a gameplay trailer being leaked and criticism that the visuals looked sub-par. Crytek said that they would be taking more time on the game, which had not even had a release date at that point. They also delayed the official release of the leaked trailer and the pre-order windows, with the exception of the Nintendo Switch pre-order which had already begun at that point. Even more good news has come for Switch owners though. 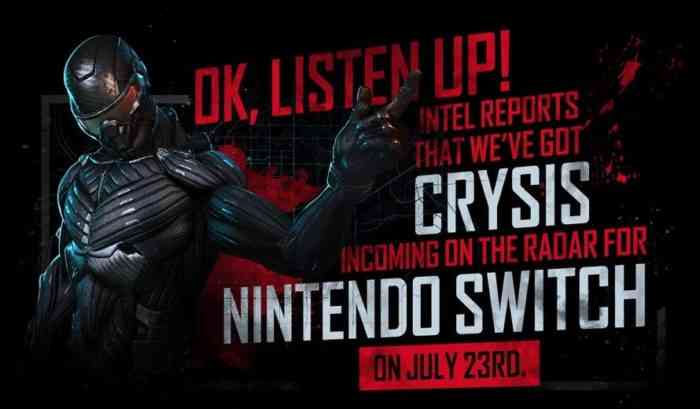 Apparently, the Switch version of the game is right on schedule and will be releasing in a couple of weeks. No word yet on when the other platforms will get the remaster, but it will launch on Nintendo Switch on July 23rd. It is kind of a mystery why this version will not be released alongside the others though. If Crysis Remastered needs more polishing like Crytek said, would all versions not need to be polished? Or is the Nintendo Switch version just much less demanding than the other platforms’?

You may have seen our last update about the Crysis Remastered release, and we have good news for you:

We can confirm that Crysis will still be coming to Nintendo Switch on July 23rd!

Which platform will you get Crysis Remastered on? Let us know in the comments below.

Back 4 Blood Release Date Pushed Back, Beta in the Summer