Get Your First Look at Call of Duty: Black Ops Cold War Zombies 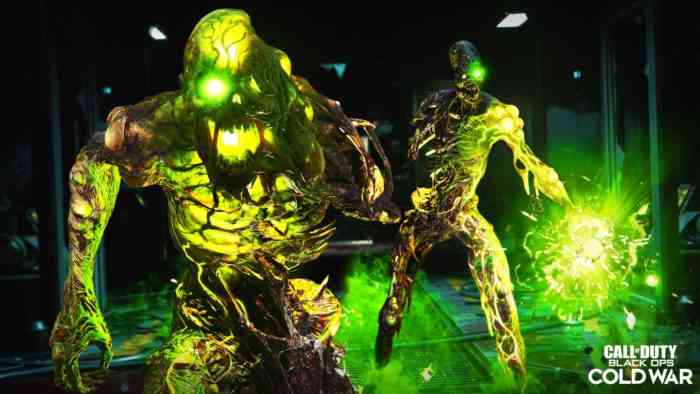 The reveal trailer for the Zombies Mode in Call of Duty: Black Ops Cold War included cinematics, gameplay, and interviews with developers who helped made Zombies possible this time around. “Bolstered by various pieces of intel that players can track in-game, this incredible Zombies story will start to unfold in mysterious and unexpected ways,” said Treyarch. Call of Duty: Black Ops Cold War will be cross-generational and as a result, crossplay will be offered across the various game modes, including Zombies.

“Die Mashcine” is set in a neon graffiti bunker which gamers will eventually explore more as they progress, with Field Upgrades available to provide Zombies fans with buffs and healing items to more easily survive the waves of zombies. Die Mashcine is inspired by the original Nacht der Untoten map, and Requiem team will have to investigate the bunker to find tower defense traps, turn the power on, etc. As usual, the fight eventually breaks out into the surrounding area of the bunker, with the trailer showing Requiem team in the nearby forest.

Will you be getting Call of Duty: Black Ops Cold War for Zombies? Let us know in the comments below!