Capcom’s Dragon’s Dogma is getting the Netflix treatment soon, with a September 17th release approaching very quickly. The animated series recently received a reveal trailer that gives fans of the series an idea of what to expect from the Netflix adaptation. The show follows a character known as Ethan who is seeking vengeance after his town was destroyed by a fierce dragon. While dragons will be a significant threat in the Netflix series, there are countless other monsters who threaten Ethan along the way. Dragon’s Dogma Dark Arisen is available for PS4, Xbox One, Nintendo Switch, and PC right now, with the original version of the game available on last-gen consoles. 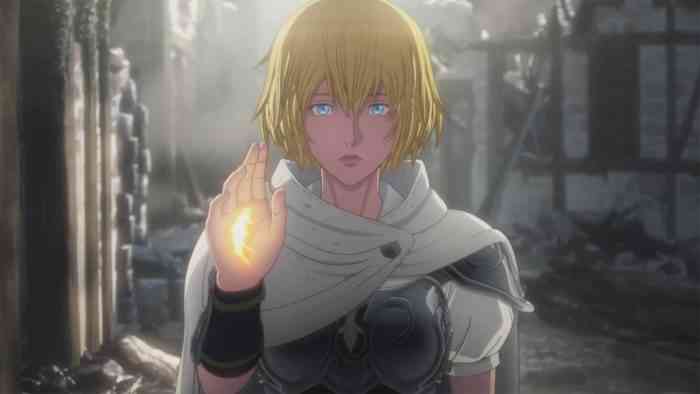 The dragon who destroys Ethan’s town in the Dragon’s Dogma trailer is the first dragon to show its scaly face in one hundred years, and while he was more prepared than others in the town, he still failed his wife and child. Hannah joins Ethan as his protector, capable of healing fresh wounds and taking the fight to his enemies. The trailer shows hordes of skeletal undead, an aggravated Gryphon, a multi-headed hydra, a towering cyclops, and more imposing enemies from Capcom’s Dragon’s Dogma franchise and it’ll be interesting to see how Ethan and Hannah take them all down.

Dragon’s Dogma is the third Capcom series to receive the Netflix animated series treatment, with Castlevania already multiple seasons into its Netflix adaptation and an upcoming Devil May Cry series expected in the near future. While DMC was picked up sooner, it looks like Netflix is keener on releasing Dragon’s Dogma ahead of the Devil May Cry series. Netflix is doing a great job bridging the gap between gaming and film, with other shows such as The Witcher and Carmen Sandiego also joining the streaming subscription service.

Will you be watching the Dragon’s Dogma Netflix series? Let us know in the comments below!

Resident Evil: Village Will be Showcased at Tokyo Game Show