‘Where Is My Body’ Coming to Game Boy This Fall

Yes, With A Cartridge And Everything

Dana Puch, the indie developer behind Greenboy Games, has successfully funded a brand new Game Boy game through Kickstarter. This old-school physical cartridge release will be coming to handhelds everywhere later this Fall. The Kickstarter campaign isn’t even halfway finished yet, and it’s already raised 400% of its initial goal! 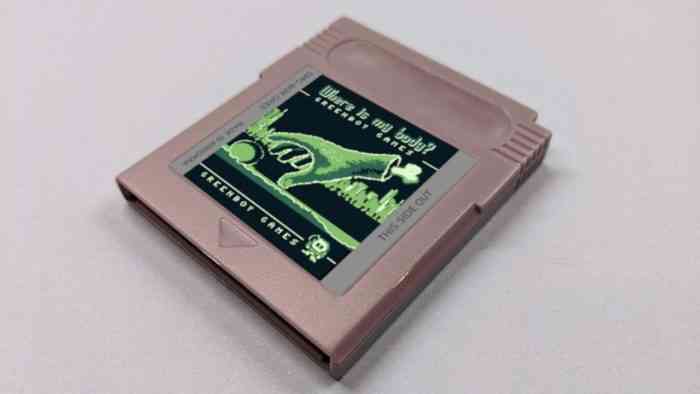 Not to worry, however. This being a genuine Game Boy release, there’s only so much one can accomplish with stretch goals. It would be tough to cram extra characters or campaigns into a single MB. Puch has already developed several titles for the Game Boy, such as Leo Legend, Submarine 9, Lunar Journey, and Micro Doctor. So this isn’t Greenboy’s first rodeo or anything.

‘Where is My Body’ follows a disembodied hand and its quest to find the rest of the body in question. Think Maniac Mansion, but just slightly more gruesome. If another couple of stretch goals are hit, Greenboy will actually add a tiny bit of content to the final game. A whole extra area to explore! You can check out the Kickstarter here. There’s another couple of weeks left to contribute, with the expected delivery date for most rewards being sometime this October. You could have a new physical Game Boy game before Christmas!