Worms Rumble Announced by Team17 for 2020

Warning: If You Actually Feel Worms Rumbling, See a Doctor

It’s been a few years, but we are finally getting a new Worms game. A few months ago, Team17 tweeted out a teaser trailer for a new Worms game and now they have officially announced Worms Rumble. They were right about one thing, this will be Worms “like you’ve never played before!” Traditionally, the Worms titles have been 2D, turn-based games, where players rotate through a team of worms until one team is left standing. The essence of that is maintained in Worms Rumble, but they kicked up the intensity. 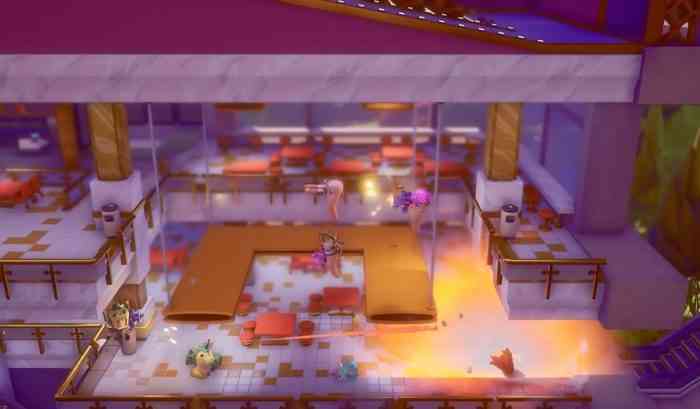 Instead of controlling teams of worms and taking turns, Worms Rumble will see teams of players facing-off against each other in real-time. No more turns, just mayhem. The reveal trailer shows off worms exchanging fire, throwing grenades, and quickly traversing the terrain. Team17 is offering team death match as well as battle royale modes. As you will be taking control of one worm, players will be able to customize their worm to set it apart from all the others. There will be 32 players on the battlefield at once. It may not require the strategic and carefully planned moves as previous Worms titles, but it will likely bring in a new batch of fans for this change of pace.

We do not see the same kind of destructible environments that we see in earlier Worms games, but when 32 players are blasting rockets at each other, it might be for the best that we cannot just blow the whole map up. No specific date has been revealed for Worms Rumble, but it will be coming in 2020 for PC, PS4, and PS5.

Do you like the new style of Worms? Let us know in the comments below.

Blasphemous Gets Bloodstained in a Free Gothic Crossover

Moving Out DLC Movers in Paradise Unpacks This Month