FromSoftware’s 2019 hit Sekrio: Shadows Die Twice merged the love of punishingly difficult Souls-like games with fascination of feudal-era Japan, and every big hit deserves a victory lap. Yesterday, FromSoftware announced that they will be releasing Sekiro: Shadows Die Twice GOTY edition in Japan come October, however no word on if it will be coming to the West. It’s a great game, but what exactly will be different or added to make it a GOTY edition. Normally, these types of editions are bundled with DLC and stuff, but in Sekrio, who needs DLC to lengthen your game when you have nigh impossible bosses to do that for you? 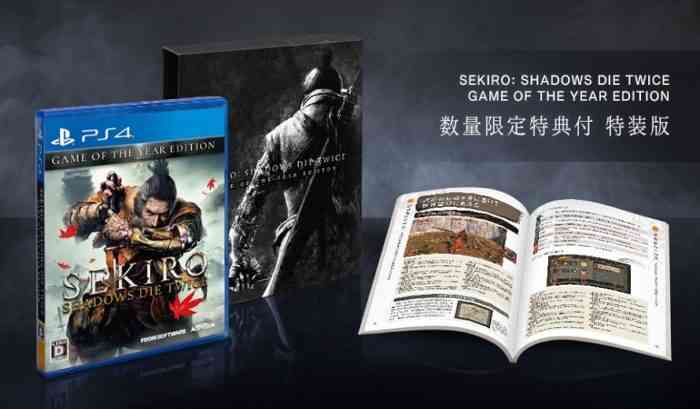 Since Samurai Souls does not have and has no plans for DLC, FromSoftware will be packaging Sekiro with an “Early Strategy Book”. It’s hard to call it early this late in the game, but whatever. Customers will get the strategy book, as well as an in-game “Special Equipment Package” that presumably gives players some sweet weapons and armor for an edge early on in the game.The strategy book and game will be packaged together in a neat premium sleeve. The strategy book appears to be entirely in Japanese, so for a Western release, they would likely have to localize it. There is probably enough between now and the release to make it happen, but they might just skip an English version of the GOTY edition.

The Japanese release of the GOTY edition is also coinciding with the release of a new update. It is unclear if the re-release will have that update or the previous update on-disc already or not. Sekiro: Shadows Die Twice is available now on PC, Xbox One, and PS4. The GOTY edition will be coming out in Japan on October 29th for PS4.

Would you get Sekrio: Shadows Die Twice GOTY edition if it came to North America? Let us know in the comments below.

Call of Duty: Warzone Devs to Cheaters: ‘We Are Coming for You’
Next
Blizzard Releases Overwatch Soundtrack
Previous
A New Rumor About WB Games Is Begining To Spread