The Left 4 Dead series may be done, but fans are not done with Left 4 Dead, and neither is the developer Turtle Rock Studios. Well, officially they are done with it, but their new project Back 4 Blood is clearly a spiritual successor. Yesterday, on July 4th, Turtle Rock Studios released a teaser image for Back 4 Blood with a tie-in message: “Getting to this 4th of July has been tough on all of us, so we wanted to give you a sneak peek and a bit of Hope.” 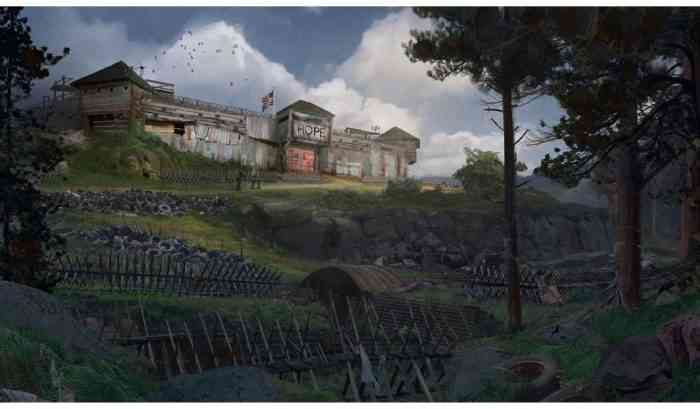 This image and its accompanying message have some pretty deliberate connections. For one “we wanted to give you a sneak peak and a bit of Hope” is obviously in reference to the settlement in the image with HOPE above the front gate. It is also a Fourth of July message and the settlement is flying an American flag. Is that really a priority during a zombie apocalypse? The Fourth of July is a reason in and of itself for an American studio to celebrate, though the 4 in Back 4 More probably gave it another topically layer.

Getting to this 4th of July has been tough on all of us, so we wanted to give you a sneak peek and a bit of Hope. pic.twitter.com/buGOBayz5N

Back 4 Blood was announced last March, but nothing has really been mentioned of it until now. There is obviously no release date or supporting platforms, but it will be published by WB Games.

What are you expecting from Back 4 Blood? Let us know in the comments below.