Today’s news is brought to you by the letter WHY? Let’s try to wrap our heads around this one. A game that came out in 2019 is getting another release in 2020 for consoles that came out in 2006 and 2012. For some reason, Shakedown: Hawaii is getting physical releases for Wii and Wii U in the coming months. This is a very curious case. Shakedown: Hawaii is a top-down perspective game that is a tribute/parody of 1980s games and the original GTA games. 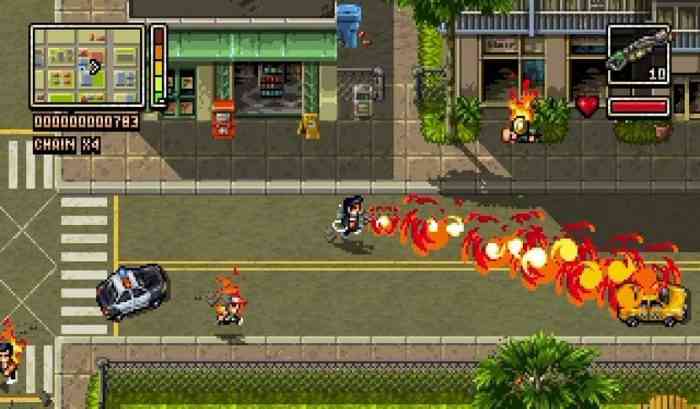 The question remains: why? It would be funny. Making 3,000 physical copies for outdated consoles; everybody laughs, good joke, but it’s a serious venture. Developer and publisher Vblank Entertainment says that the reason for this project was Nintendo Wii nostalgia. It was possible through Nintendo of Europe, but not Nintendo North America. Not wanting North American audiences to feel left out, Vblank decided to also make a Wii U port. Usually when ports are made for games, they driving force is “what other audiences can we reach?” However, most publishers don’t land on Wii and Wii U.

Everything is explained by Vblank Entertainment on their website, including some thorough storytelling, but it still has me scratching my head. I thought the last game to come out on the Wii would be Just Dance 2020, which was released in November, yet here we are. It is impressive that a modern game can be made with today’s standards and still be playable on the Wii, but if it works and sells well, more power to Vblank. Shakedown: Hawaii is available now for PC, PS4, PS Vita, Nintendo Switch, 3DS, and will be coming to Wii on July 9th, and Wii U in August.

Will you be one of these lucky fans to pick up one of the 3,000 physical copies? Let us know in the comments below.

Loop Hero (Switch) Review – Second Verse, Same as the First
Next
Save Some Cash This Weekend With The Top 10 Deals To Amp Up Your Gaming Rig
Previous
Bandai Namco’s Tales of Arise Delayed Due to COVID-19