In the Very EA-rly Stages

Well, we did it. We forced a new Skate game to exist. That is on brand with the skater spirit after all; do it, even it no one else is and no one is letting you. It has been over ten years since Skate 3 came out on PS3 and Xbox 360. With Tony Hawk’s Pro Skater 1+2 coming out this Fall, maybe that lit a fire under EA to make an announcement that they still have a presence in the skateboarding games genre. There really isn’t too much information on the upcoming game, but it is going to happen. 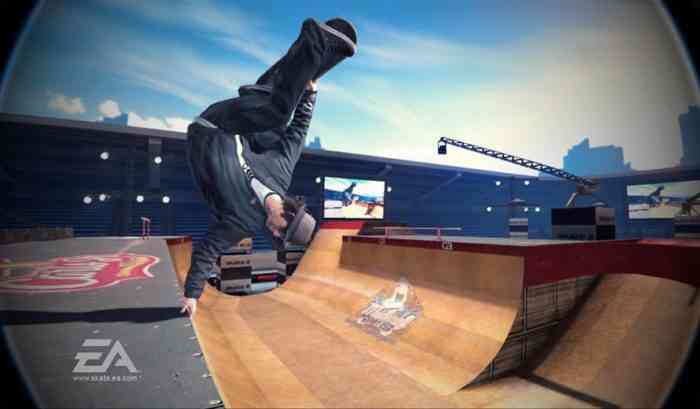 Toward the end of EA Play Live yesterday, a short message came from Cuz Parry and Deran Chung, the game directors for Skate. They have not been actively working on the game, so they have nothing to show us. The message was mainly just a big thank you to all the fans who had not given up on the series and who had continued to demand a new Skate game from EA. Who knows how long EA has been sitting on this announcement, but it probably has not been that long. Skate 4 (if it will even be called that) is likely a long way off.

We asked for it, and it is on its way. Skate 4 has become a sort of meme, being something that will never exist or something we long for but is unobtainable. Only time will tell if it will live up to the series’ legacy. Skate 4 has no release date or supporting platforms at the moment.

Do you think this new Skate game will live up to fans’ expectations? Let us know in the comments below.

Skate. Will Be a Free to Play Game With a “No Barriers Approach”
Next
ARMS Super Smash Bros. Ultimate Reveal Coming Soon
Previous
Seven EA Games Coming to Nintendo Switch This Year