Kingdoms of Amalur Getting Re-Reckoning

Kingdoms of Amalur Re-Reckoning Has Been Confirmed

The popular RPG Kingdoms of Amalur will be receiving a remastered edition from THQ Nordic known as Kingdoms of Amalur: Re Reckoning. The title was recently rumored but it wasn’t long before THQ Nordic announced the title themselves through their official Twitter account. The team has announced the title as a 2020 release but the original leak claims the Re-Reckoning will release on August 11, 2020. The game will be released this summer for PS4, Xbox One and PC but no official date has been confirmed by THQ Nordic yet. 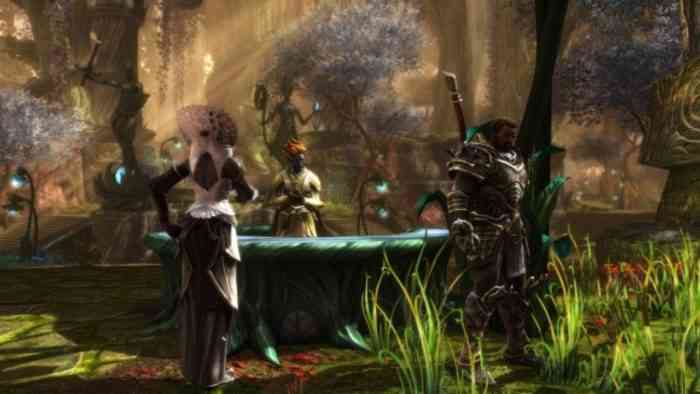 “Yes, it’s true and accurate,” said the head of public relations for THQ Nordic Florian Emmerich. “The news was not supposed to go out yet, which can be summarized as ‘oopsy daisy’ on our end. We hope people are still looking forward to playing Kingdoms of Amalur Re-Reckoning in Summer.”There are already listings for various additions for Kingdoms of Amalur: Re Reckoning, including a collector’s edition that comes with an 8.2-inch statue of the character Alyn Shir.

The original Kingdoms of Amalur: Reckoning released for the last console generation from 38 Studios, being the only title the company developed before folding. The game wasn’t initially a success but it has gained popularity over time and THQ Nordic will be releasing it soon for fans who have been clambering for an updated version. The Re-Reckoning will also feature all of the DLC released for the original game, including the “Teeth of Naros” and “Legend of Dead Kel” DLC add-ons which old fans who didn’t get the DLC may now experience and new fans can see the total package.

“The rumours are true! Prepare for a Re-Reckoning, because Kingdoms of Amalur is coming back,” said THQ Nordic on the Kingdoms of Amalur Twitter page. “Remastered with stunning visuals and refined gameplay, it’s soon time to experience an epic RPG journey and all its DLCs like never before.”

Will you be getting Kingdoms of Amalur: Re-Reckoning? Let us know in the comments below!

Nacon Announces That Greedfall 2 Is Officially In Development
Next
GDC Relief Fund Raises Nearly 300K, Funds Indie Dev Accelerator Program
Previous
Previous Director of Resident Evil 4 Is on Board With the Idea of a Remake