It Takes Two Revealed by Hazelight During EA Play 2020

Hazelight Studios joined several other studios on EA Play 2020 to announce their upcoming title, It Takes Two. Director Josef Fares received an epic, film quality EA Play intro with highlights of his history of big moments and quality EA Originals before he sat down to talk about the upcoming It Takes Two. The game is an action-adventure co-op platformer that will be unique and nothing like past Hazelight games. It Takes Two will be coming out next year, but no official release date has been confirmed. 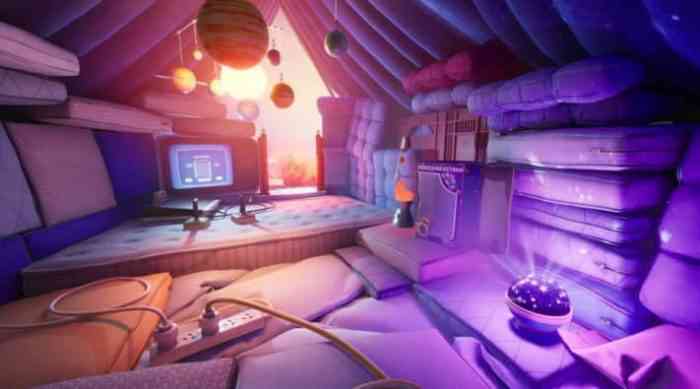 “Yeah, I know I’m cocky. I can’t help it man,” Josef Fares said with a smirk. “I founded Hazelight to keep pushing the boundaries of what is possible in games. That’s what game number three from Hazelight is all about. The new game, It Takes Two, is a co-op action-adventure platformer that will blow your f***ing mind away. The story starts out with a small family Cody and May, the parents and Rose who’s the daughter. Cody and May are about to separate, Rose doesn’t want the divorce, so she creates two dolls out of wood and clay and these dolls magically come alive and you actually control Cody and May.”

The two dolls are apparently named after Rose’s parents but the gamers will control the doll version of the characters, not the parents themselves. “You could say you’re almost controlling their emotions,” explained Josef Fares. “You’re almost playing their emotions. There’s even levels where the mechanics focus on their emotions, marrying the story and the mechanics. I think for the players, that’s going to feel very new, different and unique. They haven’t played something like this before. It Takes Two is a crazy roller coaster ride that doesn’t really have an ending , it has an ending but that ending is the roller coaster crashes and you fly into the sky and get up into space and when you’re in space, you’re like ‘what the f*** am I doing up here?”

Will you be playing Hazelight Studios’ next title, It Takes Two? Let us know in the comments below!

Kloa: Child of the Forest Launches on Kickstarter
Next
Injustice: Gods Among Us Is Free on PC and Consoles Right Now
Previous
PlayStation Is Selling Ellie’s Guitar From The Last of Us Part 2