Injustice: Gods Among Us Is Free on PC and Consoles Right Now

This pandemic is far from over. That is why, as part of the #PlayAtHome campaign, WB Games is making Injustice: Gods Among Us Ultimate Edition free for PC, Xbox, and PS4. On the surface, this sounds like a wonderful gift, though it is more exclusive than it appears. If you are primarily a PC player, you can get it and keep it on Steam, no questions asked. If you have a PS4, same thing. If you are still playing your PS3, more power to you; get it for free. If you are an Xbox owner, this is where it gets a little disappointing. 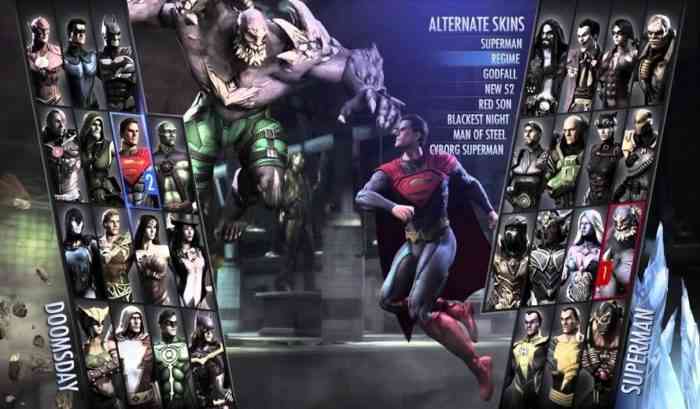 Injustice: Gods Among Us never came out on Xbox One, but you can play the Xbox 360 version through backwards compatibility. However, the Ultimate Edition was only ever released on Xbox 360 in a physical capacity, so it does not exist digitally. This means Xbox One owners will only get the base game for free. You can still get all the content by buying the season pass, but the deal comes up short next to the other platforms. If you are okay with this caveat, then pick it up on your Xbox.

Be a hero while playing with friends and family. Injustice: Gods Among Us is available for free now on @Xbox, @PlayStation, and PC until June 25! #playathome #playtogether pic.twitter.com/8KP8nOJC9D

If you have been sitting on the first Injustice game, the Ultimate Edition comes with all the DLC. It includes the downloadable characters Lobo, Zatanna, General Zod, Batgirl, and Mortal Kombat’s Scorpion. It also comes with downloadable alternate skins for characters such as Cyborg Superman, Terry McGinnis – Batman (Batman Beyond), Thomas Wayne – Batman (Flashpoint), Jay Garrick – Flash, John Stewart – Green Lantern, Kendra Saunders – Hawkgirl, and Damian Wayne – Nightwing. You can pick up Injustice: Gods Among Us for free on your various platforms starting now until June 25th.

Will you be picking up this free game? Let us know in the comments below.