Battle Much Bigger Robots This May

There’s nothing like pitting a scrappy mech against a much larger one in gladiatorial combat. Starena is coming to Steam later this month to satisfy this almost ageless urge, wherein you will take J3 on an epic journey through a robot fighting career. There’s even a demo you can download right now! 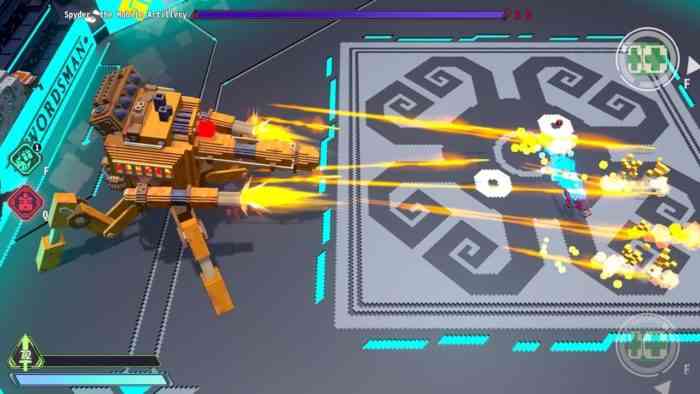 While robots fighting other, larger robots is all well and good, what else does Starena offer to stand out from the pack? For one thing, you can use the disconnected components ripped from your opponents to attack them in the very same battle. There’s also a lot of customization available, which is like the bread and butter of any good robot sim. You can even satisfy the specific desires of the audience to curry favor with them, causing showers of credits to rain down on you.

The voxel graphics, sort of a hit and miss proposition, land well in this case. What better place for endless cascades of blocks than a series of robot battles? To that end, every battle is a boss fight. There’s no waves of goons to mow down here. Each battle counts for something, and every fight is a little bit different. If you’re looking for endless builds to obsess over and perfect, maybe Starena will scratch that itch? The demo is out right now on Steam, while the game proper will be released on May 21st, 2020. You can check out the latest trailer below.

Seaside Adventure Summer in Mara Out This June

MediEvil Has A Demo On PSN Right Now

Watch Dogs 2 Demo Is Free to Play Now on PS4, Coming Soon to Xbox One
Next
Ubisoft Has Announced Their Digital Press Conference
Previous
Windows 10’s Game Mode Might Be Causing Performance Issues