The NFL has officially agreed to new terms on an extension to their deal with EA Sports. NFL owners approved an extension of the league’s current rights deal with EA today, making EA the NFL’s lone simulation-based game developer until at least 2025. This extension also includes non-exclusive rights to develop arcade-style and mobile games, providing more platforms the Madden NFL experience. EA’s Madden NFL 20 is available for Xbox One, PS4 and PC right now. 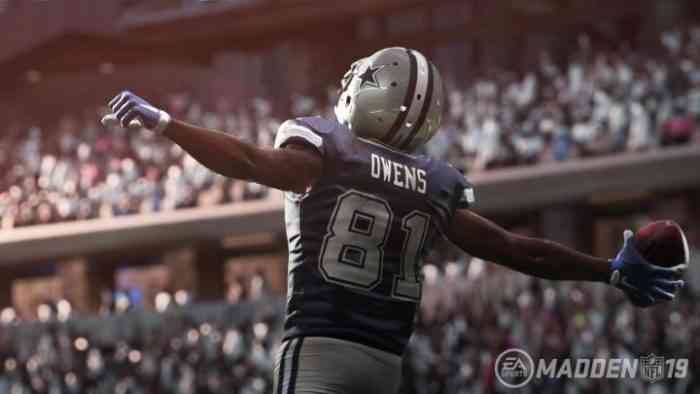 Even though 2K Sports is currently set to get back into the football market, it looks like EA will be getting exclusive rights to the NFL license on simulation-based titles for several years to come. The deal between EA and the NFL began way back in 2004 and the NFL owners voted to extend the deal, solidifying EA as the biggest name in American football gaming.

This extension comes as no surprise considering the fact that the latest installment in the Madden NFL franchise has been the most successful and it’s likely that the first title on next-gen consoles will be even bigger. Had NFL broken ties with EA at this point, it would be akin to the NBA ending their deal with 2K.

“Building on the most successful year ever for Madden NFL, this is a powerful time for EA Sports to come together with the NFL and the NFLPA in this new wide-reaching partnership,” said EA CEO Andrew Wilson during a joint press release with the NFL and NFLPA. “Together, we have a tremendous opportunity to entertain more players through new Madden NFL experiences, games in new genres and on new platforms, esports, and new innovations that will grow fans’ love of the NFL around the world.” Are you curious what we thought about Madden NFL 20? Check out our review here!

Are you glad that EA will continue to make Madden NFL tittles for the next several years? Let us know in the comments below!

Skate. Will Be a Free to Play Game With a “No Barriers Approach”
Next
New Weapons Leak For Call of Duty: Modern Warfare Season 4
Previous
The Outer Worlds Switch Port Coming Soon