Forge a Medieval Dynasty This Fall

Crusader Kings 3 finally has a confirmed release date. There had unsurprisingly been rumors about a supposed launch date but now it is for certain. Coming from the developers themselves Paradox, fans can expect to see Crusader Kings 3 on September 1st. 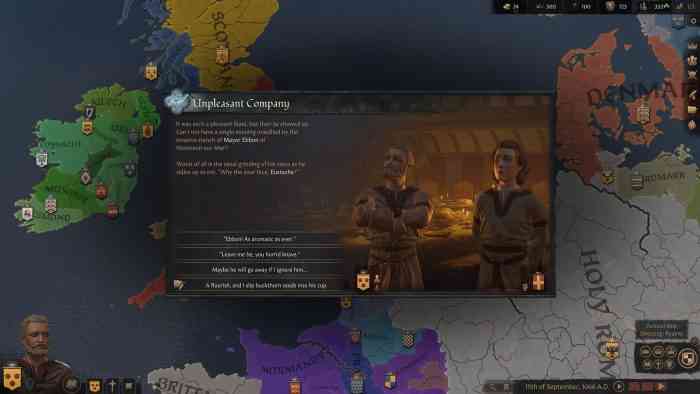 While this is still a few months away, Paradox has done an amazing job with keeping fans updated on how the various mechanics in the game are going to work. Something that might seem obvious or mundane to some but considering how poor a job Paradox has done in the past when it comes to explaining how their games work, this is a big deal.  Certain games are self-explanatory but when it comes to the staggering amount of detail and complexity that Paradox titles are known for, it can be very frustrating.  Crusader Kings 3 is going to be their first game ever that comes with a proper tutorial. A huge step in the right direction for the series.

From what we know so far it looks as though Crusader Kings 3 is going to improve on just about everything from CK2. The backstabbing, diplomacy, warfare, and trade are all much more streamlined, easy to follow, and has been expanded on to offer even more layers of depth than before.

It is still not very clear how DLC in CK3 are going to work. Paradox has the bad reputation of throwing literally dozens of DLC expansion at players after the game launches. In Crusader Kings 2 most of the “expansions” were just giving the customer the ability to play as certain factions or to start a campaign at an earlier date. Hopefully, CK3 is able to break the cycle of this largely hated business practice like it will be doing with a lot of the outdated mechanics.