Shortly after the reveal of Assassin’s Creed Valhalla, we were expecting to see some gameplay. Unfortunately, Ubisoft gave us less than gameplay. Creative director Ashraf Ismail has been trying to manage the fan disappointment. A few days ago, he did a livestream chat with the Washington Post about the upcoming game. During this livestream, he talked about some of the customization to Eivor and other gameplay aspects that players will be making use of. Some of these details will be familiar to the series, while others are a series first. 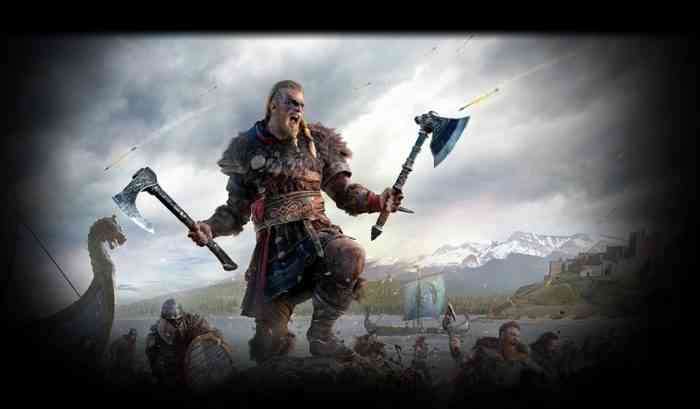 Like in Assassin’s Creed Origins, players will be able to customize Eivor’s appearance. In Origins, Bayek’s hair and beard could be changed to suit the players’ visual preference. In Assassin’s Creed Odyssey, visual customization was mostly limited to armour. In Valhalla, players will be able to change Eivor’s hairstyle, hair colour, and their beard, if they play as a male. They will also be able to apply different warpaint and tattoos. It is unclear just how far the customization will be able to go. Can I sport a blue beard and neon warpaint? That is the question on every player’s mind.

Another small feature familiar to Origins in the on-the-fly hood. Just like in real life, you can throw up your hood to be a little more stealthy, or if it starts to rain. It will not require you to pause the game and flip through any menus. You will also have a feathered friend. Synin (Sue-NIN) is Eivor’s crow. Ismail says that synin means “insight” in Old Norse, which was important to the development team. Synin will have abilities comparable to the eagle companion of Assassin’s Creed Origins, and will allow players to even reduce the UI to explore organically. Assassin’s Creed Valhalla will be out in the holiday season of 2020 for PC, PS4, PS5, Xbox One, Xbox Series X, and Stadia.

How do you want Eivor to look? Let us know in the comments below.