Developers can usually get pretty creative and silly with their games for April Fools’ Day. This year the PUBG Corporation did something pretty fun. For the first week of April, players can play PUBG Fantasy Battle Royale. The announcement on March 31st was accompanied with a live action video of players dressed up in fantasy costumes. Not like a professional cosplayer level of quality, but more like what you pull from your high school theater closet in like 5 minutes. Turns out, those costumes are exactly what players wear in-game. 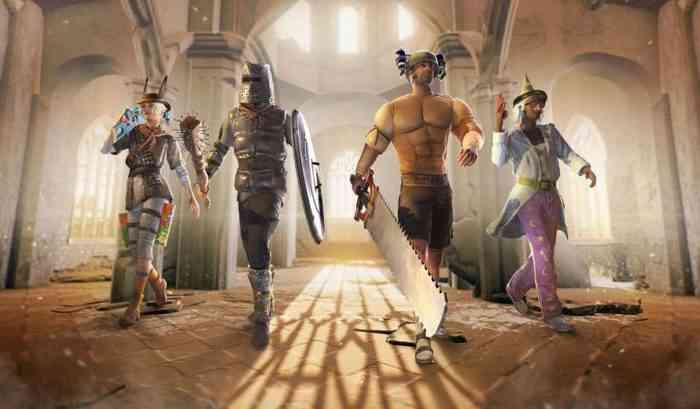 In Fantasy Battle Royale, players can choose between four classes; Barbarian, Ranger, Wizard, and Paladin. The classes don’t just specify a player’s appearance, but focuses the way they need to play as well. In a separate video, the different classes are explained, as well as their abilities. Barbarians focus on close quarters combat. Their abilities increase their movement speed and damage resistance. Rangers use crossbows. They utilize stealth and throwables to stun enemies. Wizards use “magic”. They can mark an area with smoke grenades to unleash a firestorm barrage and use a flare gun to rapidly shoot fireballs. Paladins heal and defend their teammates. They can use their shield to block attacks and bash enemies, while their mace heals teammates by hitting them. They can also throw potions to heal anyone around, even enemies.

The rules of Fantasy Battle Royale are the same as the regular matches. There are event-specific vehicles during this time. A “Greatest Dragon Slayers” jeep can be found as well as a Unicorn motorcycle. You can check out all the specifics on PUBG’s website. This event runs until April 7th. PUBG is available on PC, Xbox One, PS4, and mobile.

Are you going to play this mode while it lasts? Let us know in the comments below.