Over the weekend, Games Done Quick set up an event to raise money for COVID-19 relief. Normally, Games Done Quick would gather all their speedrunners in a hotel or convention hall and broadcast from one location, but given the circumstances of today, all the runners played from their own home. This took place between Friday morning and Sunday night, beginning with a run of Donkey Kong Country and ending with a run of Kingdom Hearts 2. When it was all said and done, over $400,000 was raised for Direct Relief, which provides communities personal protective equipment. 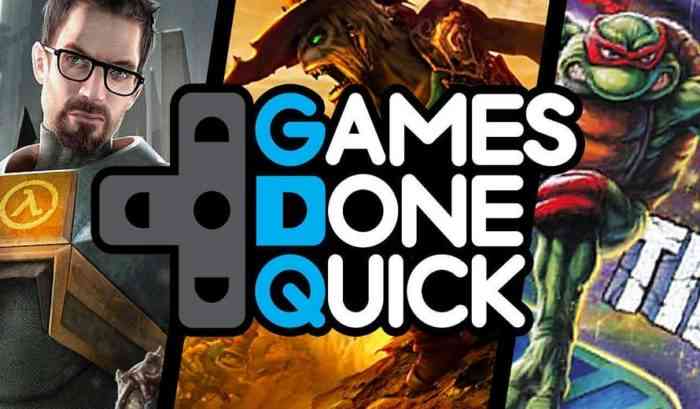 Corona Relief Done Quick definitely have some highlights over the course of the weekend. Some of these include Halo on Legendary, Kingdom Hearts 2, and a Super Mario Sunshine race between two runners. A kind of unusual choice for a GDQ was a game called Pump It Up, which is an arcade rhythm game. Pump It Up was played by a runner called HappyF333TZ, who played on his personal cabinet. He played with both dance pads on some of the highest difficulties. Not only was he crushing it on the dance floor, but he was also interacting with chat with a monitor off to the side and explaining rhythm game terminology while playing.

COVID-19 actually knocked SGDQ back a couple of months, so it is a consolation that Games Done Quick hits back with their Corona Relief Done Quick funds for Direct Relief. Summer Games Done Quick 2020 will be held between August 16th and 23rd. It is expected to take place in Bloomington, Minnesota, but we will see if it is something that actually has a live audience and in-person runs.

What did you think of the runs? Let us know in the comments below.