Destroy All Humans Remake to Be Released This Summer

Announced just under a year ago, Destroy All Humans Remake is going to be landed this Summer. The debut of this series was released in June of 2005, so the remaster will just miss the 15th anniversary by about a month. This news is topical, since the Pentagon just declassified UFO footage. The released date announcement was accompanied by a new trailer, which shows off the revamped graphics and a 1950s news anchor prelude to the events of the game. The game is available for pre-order now. 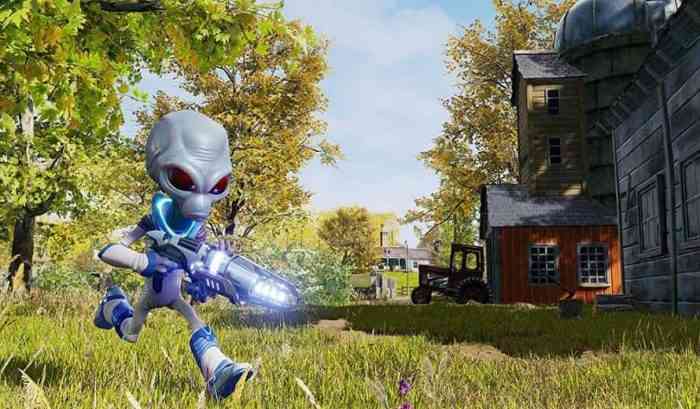 The trailer begins with a black and white news segment about the possibility of there being extraterrestrial life. The prospect of this idea is very positive and hopeful about the meeting of human and alien races. Unfortunately for this news anchor, the subject of the gameplay is not so friendly as he had hoped. We see new, or rather, polished gameplay of Crypto using the different weapons and tools in his arsenal. One of the focuses in this trailer is the disguise feature. Since this remake uses new and improve character models. An effort is made to show off the different human disguises that Crypto can use.

You can pre-order the game now, and you can also check out the special collector’s editions available. Destroy All Humans is on track to release on July28th for PC, Stadia, Xbox One, and PS4.

Will you be getting Destroy All Humans? Let us know in the comments below.

Destroy All Humans! 2: Reprobed Review – Back to the Mothership
Next
Layering May Return to World of Warcraft Classic
Previous
Assassin’s Creed Valhalla Gameplay Trailer is Coming Next Week