So in the Lore

It has been a long time coming, but Eek! Games’ House Party has finally added Arin Hanson and Dan Avidan, better known as the Game Grumps. As you may know, House Party is as steeped in controversy as it is in sex and debauchery, but that only got more eyes on it, and judging from their latest content update, the right kind of eyes. Over a year ago, a contest was held to add fans of the game to the game. The winners included Lety of Lety Does Stuff and the Game Grumps. 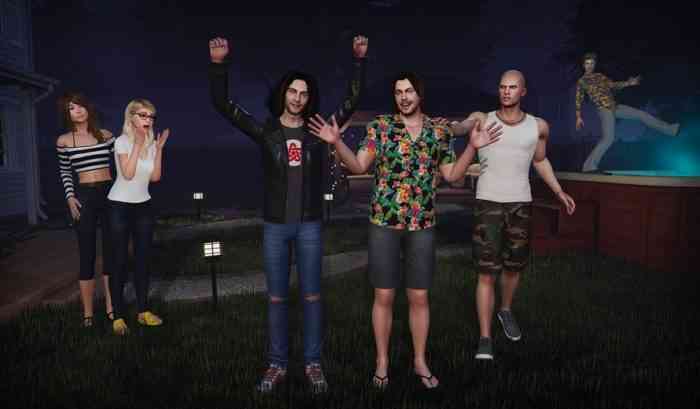 The Grumps make their grand entrance to the party when the player and a fellow party goer Katherine sabotage their hot air balloon. Yes, you read that right. They are on their way to a Game Grumps Live show and plan to arrive via hot air balloon. Instead, they mistakenly land in the backyard of the House Party. The rest of their content involves wacky and hilarious ways of trying to escape the party and get to their show. All the NPCs have ambient dialogue to be heard throughout the game, including the Grumps, voiced by Dan and Arin.

The Grumps get up to all sorts of trouble, including attempting to lead a role playing campaign to trick the player into giving them his car keys, which he does not have. Arin also tries to escape the virtual world via toaster-bathtub-icide. Fans of the Game Grumps will be find a lot of entertainment in this new update. House Party is available on PC.

Have you tried House Party yet? Let us know in the comments below.

Stardew Valley Update 1.5 Will Add a New Beach Farm
Next
Xbox Magazine Has Been Forced to Shut Down For Good
Previous
The Best PC Deals to Get Lost in Have Officially Arrived