With the success of Platinum Games’s Kickstarter for The Wonderful 101: Remastered, we are getting some information on what to expect. As the crowdfunding promised, it won’t be any sort of an overhaul to the game but will be bringing many things up to date and touching up some of the lacking parts of the original. 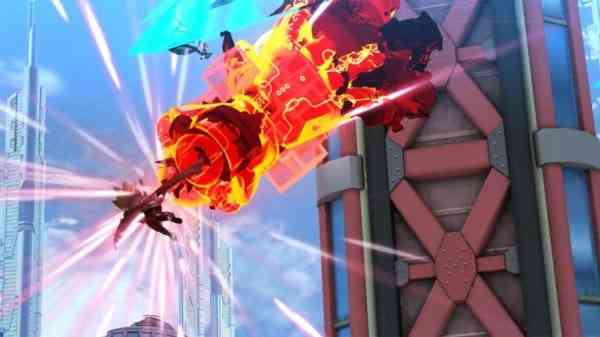 On February 8th, Director Hideki Kamiya had an interview with Nintendo Everything where he elaborated on what we should expect from The Wonderful 101: Remastered:

“We did have an option to play on just a single screen on the original Wii U release where the second screen was displayed in the bottom right corner. But we want to take this opportunity in revisiting the game to adjust what’s going on in the UI. This was the largest game I had made at the time, so we were still getting a feel for things back then. Looking back on it now, I feel like there are some aspects that are a little off-putting or unoptimized. For example, with the second in the corner, some of the UI got in the way or just hindered the experience. So even though players could use the single screen mode on Wii U, I feel like it was actually disadvantageous. We wanted to move things around, make things bigger or smaller and have a lot of different modes in the original, but we ended up not being able to make it happen.

But in addition to all of that, we’re looking at the smallest of details, too. Throughout The Wonderful 101, the camera moves around depending on what action is happening, such as a top-down camera or a behind-the-shoulder camera and so on – sometimes it’s even similar to a shooter with the player pressing a certain button to fire and whatnot. And I think there are some UI elements that aren’t as well optimized as we’d like them to be. Some players may have gotten confused during some gameplay mode changes where they didn’t know which button to press or what to do. These are the kinds of things we want to adjust to create a more intuitive and enjoyable experience for the player.”

This all sounds like some wonderful changes coming to the game. Since the release of the original, Platinum Games have garnered many more fans and this could be a great opportunity for them to go back and enjoy the classic.

PlatinumGames Has Many Games to Announce

Enchanted Portals Kickstarter Put on Hold, in Talks with Publisher
Next
Platinum Games: Self-Publishing Bayonetta Will Be Difficult Due to IP Rights
Previous
Next-Gen Consoles Could Feature Entire Back Catalogs