Star Wars Battlefront 2 is getting a major content update on this upcoming Monday that will include new maps from Sequel Trilogy locations, various gameplay improvements, and two new droids: BB-8 and BB-9E.

In the official Friday announcement, DICE also revealed that the Rogue One planet Scarif (which was featured in the previous Battlefront) is coming to Battlefront 2’s Supremacy mode but didn’t give a release date or window for its addition. 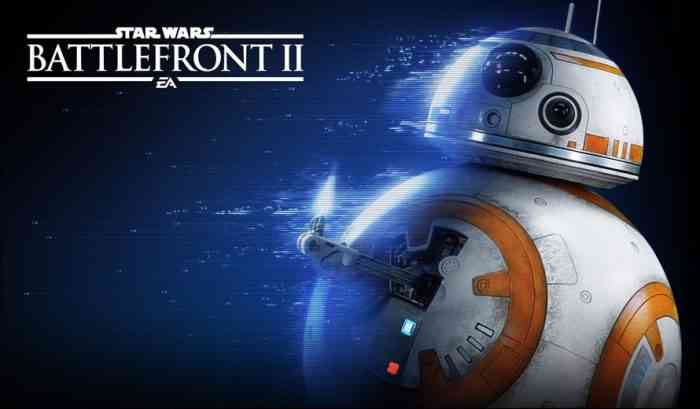 According to the announcement, BB-8 has a deadly shock prod and a radar ability, “Resistance Backing”, that can reveal enemy players, make them take more damage, and jam their radars. BB-8 can also use his “Cable Spin” ability, where he’ll “begin to rotate, extending three tow cables, hitting all enemies around him and causing high damage.”

Additionally, his agility gives him a “Rolling Charge” ability that lets him charge headfirst into enemies and he can also capture Command Posts more quickly than other characters. BB-9E also has his own shock prod, smoke screen, and a “Shock Spin” ability that damages nearby enemies and overheats the blasters of enemy players who are further away.

As for the upcoming Sequel Trilogy maps, there will be three maps added for the game’s Supremacy mode: Takodona, Ajan Kloss, and Jakku. These maps will also be available for Instant Action play.

The rest of upcoming features for next week’s update can be read here.

What do you make of this announcement? Speak your mind in the comments section.