February 27th was Pokémon Day. It was celebrated around the world in many ways, one of which was adding Mewtwo Strikes Back: Evolution to Netflix. The gaming accessory business PowerA celebrated by taking orders for a Master Ball themed Nintendo Switch Pro Controller. It is a limited run of these controllers, but if you act right now, you can probably pick one up. It is officially licensed by both Nintendo and the Pokémon company, so you know it is legit. If you like the way it looks, you should definitely add it to your controller collection. 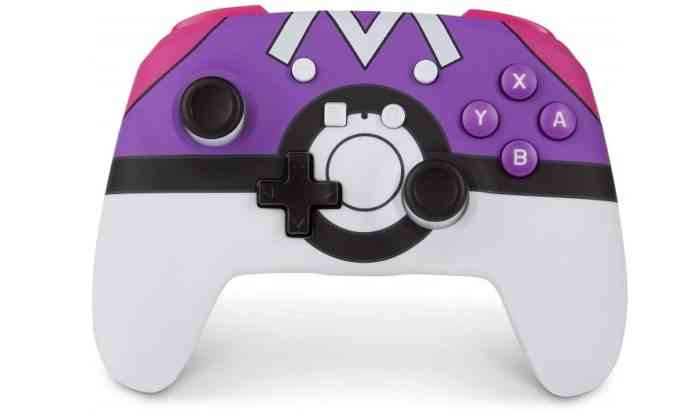 Speaking of the way it looks, it looks kind of… weird. It looks like someone took a picture of a Master Ball and wrapped it around the controller. The buttons and sticks conform to the main colours of black, white, and purple, which is to be expected. However, the signature M is cut off by the top of the controller, and the center of the Ball is obscured by the right stick and D-pad. If you like the design, more power to you. If it doesn’t bother you, the controller is otherwise pretty standard; it is battery powered, wireless, and has all the other features you would expect from a Pro Controller.

If you like the controller, but aren’t able to get a Master Ball design, PowerA also makes an Ultra Ball controller. Both designs are priced at $49.99 USD. PowerA also makes Nintendo Switch Pro Controllers designed after the three starters for Pokémon Sword and Shield that are available, also for $49.99. Pokémon Sword and Shield are available, exclusively on Nintendo Switch.

Do you like PowerA’s controllers? Let us know in the comments below.