In anticipation of the NBA All-Star weekend, Microsoft is giving away a limited edition Jordan Brand Xbox One X. Fans looking to get their hands on the one of a kind console must follow the official Xbox Twitter account and retweet the contest tweet with the hashtag #Xboxsweepstakes to enter. 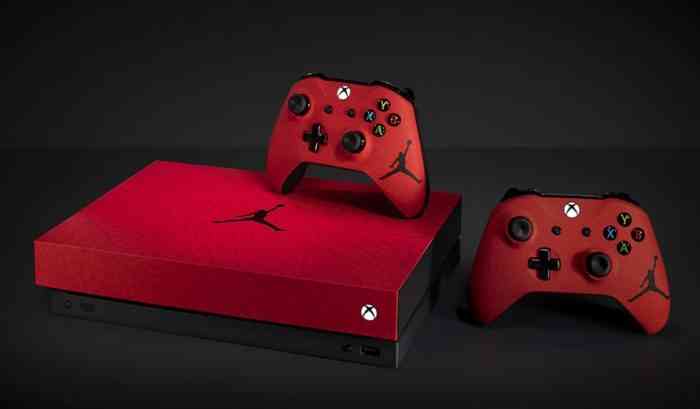 The grand prize for the giveaway is the customer Jordan Brand Xbox One X along with two custom controllers. The estimated value of the prize is $499 USD.  The entry phase for the sweepstakes will end on February 27. The full rules for the giveaway can be seen here.

As seen above, the console and controllers are red with the Jordan symbol featured prominently. The special edition console is not currently for sale.

The NBA All-Star weekend kicks off on February 14.

NBA 2K20 Will Now Have Ads That Are Unskippable

Angry Joe Gets the ESRB to Comment on NBA 2K20