Iconic Halo Nerf Guns Will Be Released By Hasbro This Year

Master Chief; the one-man army, humanity’s greatest weapon, badass of few words. Everyone has wished they could be him at one point or another. And now, you can pretend to be him, like an eight year old would! Hasbro has recently announced that they are partnering with 343 Industries to create a line of Halo Nerf guns. We have seen Overwatch Nerf blasters, and now Halo has joined the ranks of toy guns firing darts. They don’t look half bad either. They mostly have the recognizable shape of the in-game guns, but with a colour scheme of toys. 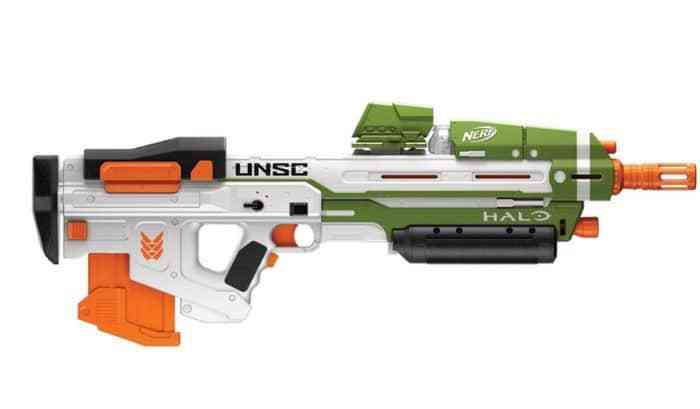 Hasbro has released three images of different toys. There will be a UNSC MA40, a UNSC SPNKR, and a Covenant Needler. The MA40, which is fully automatic in the games, is semi-automatic, so each pull of the trigger fires a dart. It requires batteries as it has a mechanism that automatically loads the next dart, rather than have you do it manually. The SPNKR is Hasbro’s most liberal interpretation of a Halo weapon. In the game, it’s a rocket launcher. In the Nerf collection, it is a one-handed, single-shot blaster. 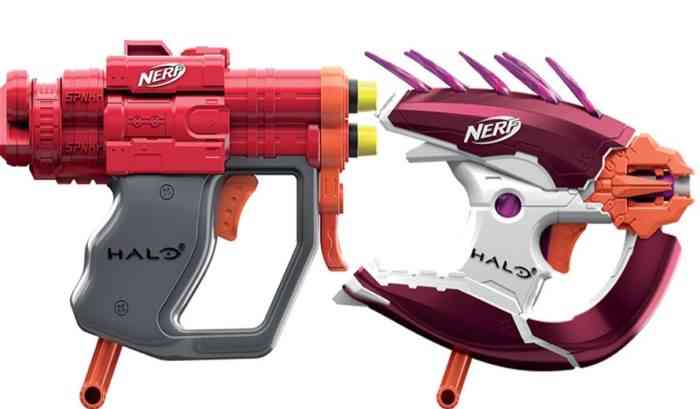 The Needler looks the coolest, in my opinion. It has the curvy, alien look of the in-game counterpart, and has the spikes protruding from the top. Unfortunately, Hasbro doesn’t have the technology for the spikes to recede as the Needler fires. The MA40 comes with a 10 dart clip, the SPNKR comes with 2 darts, and the Needler appears to come with non-homing darts. When you purchase the MA40, it comes with a code for the Nerf skin on the in-game gun. These Nerf guns will become available on October 1st, which should coincide with the release window of Halo: Infinite and the Xbox Series X.

Which of the Nerf blasters is your favourite? Let us know in the comments below.


Nintendo Gets Into Summer With Splatoon, Yoshi, and Kirby Water Guns

Xbox Kicks Off Its Twentieth Birthday Celebration With Anniversary Gear