So Many Fighting Stickmen

There was a time during the lawless, wild-west days of the internet, when it was just full of Flash games. You couldn’t spit without hitting a massive stack of fighting stickmen, racing cars, or brutally murdered celebrities. Now, all those weird, awful gems are being threatened with extinction. That’s where BlueMaxima’s Flashpoint project comes in. 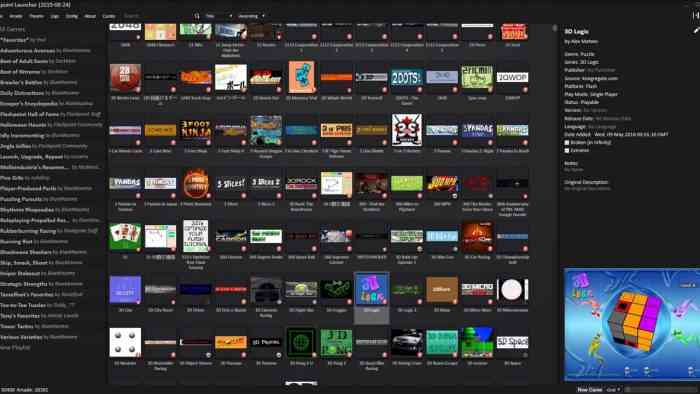 Flashpoint is a colossal offline archive of every Flash game the team can scoop up, preserved and protected from ultimate destruction. Flash is vanishing from the internet forever, you see. Adobe is officially killing the system on December 31st, 2020. That means BlueMaxima has less than a year to save every game they can from the slowly sinking ship.

The team is an army of volunteers from all over the world. Everyone is tirelessly working together to ensure that the maximum amount of Flash games are preserved for the historical record. The games can be downloaded in various chunks, either all at once, or in curated playlists separated by type. If you’re interested, you can check out the project website to either do some downloading or contribute to the project. So far they’ve collected 36,000 games. Who even knows how many they’ll have saved by the time 2020 is done?

You Can Play Solo, but You Have to Play Diablo 4 Online