Get That PlayStation Fix Anywhere, Maybe

A recent Sony Survey sent out to players suggests that new remote play features are coming sometime in the future. That is, if enough surveys come back confirming people want that, of course. Remote Play in this case is more or less another name for cloud-based gaming, the industry’s latest white whale. 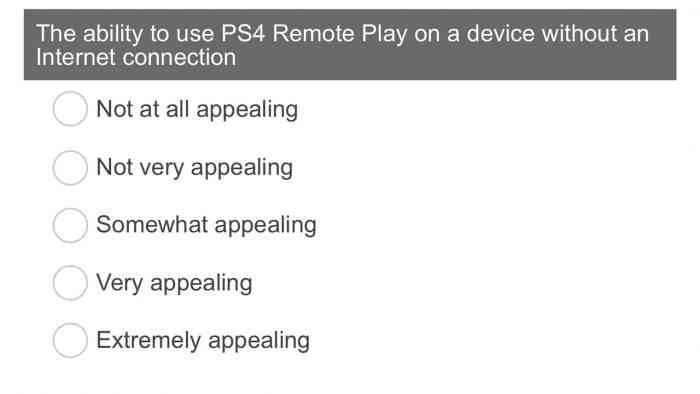 This isn’t to say that the task is impossible. No sir! Just that the powers that be are doomed to spend a prohibitive amount of money pursuing this goal. Microsoft has been pumping gobs of money into XCloud for years, so naturally Sony must follow suit. Just what sort of features were they asking about in this survey?

For starters, would players like to see this feature available offline Somehow? How about on Apple Play? Maybe even… the Nintendo Switch? If they pull that trigger, how will Sony services mesh with Nintendo’s horrendous netcode? If this service goes offline, isn’t that just regular video games? Another burning question suggests a slim little DualShock that lets players play games on a separate screen, sort of like PSTV. Would this skinny controller fit most adult hands? Should I see a doctor about my giant, engorged extremities? Only time will tell.