The new Mandate of Heaven DLC brings a new faction known as the Yellow Turban’s to Total War: Three Kingdom. Three sub-factions are also joining the latest Total War title with the Zhang Jue, Zhang Liang, and Zhang Bao being added, which each have their own unique play styles and stances. Apparently, the Zhang’s are all brothers who formed a rebellion to overthrow their government which occurred in 184 AD and the story starts with them forming the rebellion. Each Zhang brother shares the Yellow Turban mechanic which is called Zeal which is something that ties the three of them together. The Mandate of Heaven DLC is available for Total War: Three Kingdoms on PC now. 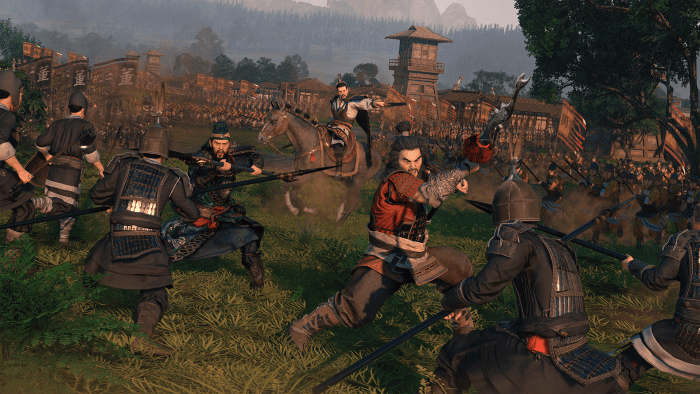 The Zeal mechanics that ties the Yellow Turban sub-factions together provides benefits such as an increase in income and replenishment, which are increased from every soldier casualty. The down side is it decreases over time, so it’ll be an interesting mechanic to work with. Since each of the Zhang brother feeds into the Zeal mechanic, it’ll be fun bouncing between the three while using the same system. Zhang Jue gains +20 fervour from characters while Zhang Liang only gets +10 fervour from characters but gains +8% attrition to hostile forces and Zhang Bao gains +10 fervour but also gets a +6 to public order and he offers a more aggressive play style of the brothers.

Zhang Liang is apparently the hardest of the Yellow Turban’s to play as based on the hostile forces his units border on from the get-go and his more balanced approach to gameplay. Zhang Bao looks to be the most successful in gaining Zeal which will be important to the campaign.

Are you looking forward to trying the Mandate of Heaven DLC? Which Yellow Turban will you be playing as first? Let us know in the comments below!

The World of Tzeentch Has Been Revealed In Total War: Warhammer III
Next
Dr. Kawashima’s Brain Training Releases in Europe
Previous
More Borderlands 3 Music Is out After DLC and Content Updates