Every now and then, when playing a game, you might become aware of the soundtrack and how it really amps up your experience. Whether you’re in a heated firefight, in a crazy car chase, exploring a fantastical world, or running for your life from an unstoppable behemoth, the right song at the right time can make it all the more immersive. Personally, I got this feeling quite a few times playing through the first Borderlands 3 DLC, Moxxi’s Heist of the Handsome Jackpot. Shooting up Psychos, Loader Bots, and rogue slot machines got even better when the space-y, electronic music kicked it. The soundtrack for the DLC has joined the rest of the Borderlands 3 music on various music streaming platforms. 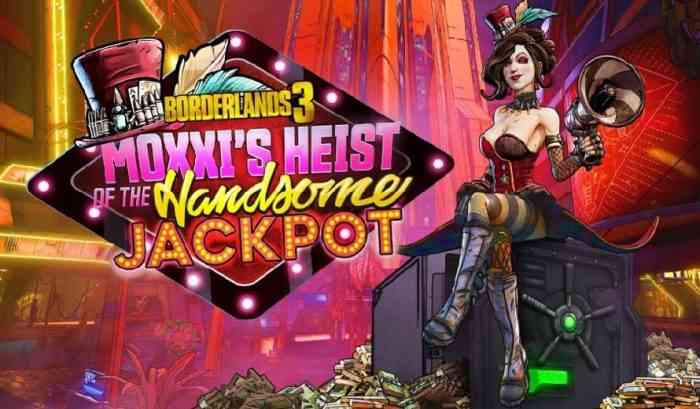 So much of the Borderlands series takes place on Pandora and most of us would likely associate the barren wastelands of that planet with the twangy strings of a blues song. The Handsome Jackpot is a stark contrast to Pandora, and the soundtracks are just as different. The Handsome Jackpot is a place of greed, extravagance, and violence, and the sound of all of that is electronic synth with a splash of industrial.

A smaller release than the DLC was the Takedown at Maliwan’s Blacksite, which came as a free content update. That raid-esque mission has its own soundtrack that has also been released on iTunes, Spotify, Amazon Music, and all your other favourite places for rhythm sounds. Borderlands 3 is out now on PC, PS4, Xbox One, and Stadia.

What Borderlands game is your favourite for music? Let us know in the comments below.