According to the official Xbox Game Pass Twitter account, Game Pass for consoles now has access to Grand Theft Auto 5. The record-breaking Rockstar title is the first to join the Game Pass library and it will likely expand the install base for GTA 5 further. Grand Theft Auto 5 is so far only available for console Game Pass as it’s not listed anywhere on Game Pass for PC and the official store listing only includes the Xbox One version. Considering the story and online open-world come in a full package, GTA Online can expect to see a broader audience while the title remains on Game Pass. If you aren’t a Game Pass subscriber, GTA 5 is available on PS4, PC and Xbox One. 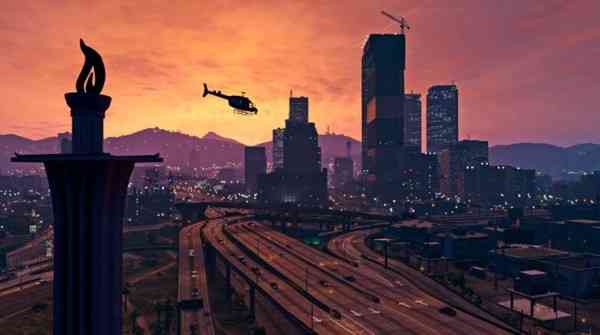 Despite the fact that Rockstar more recently released the popular open-world cowboy simulator, Red Dead Redemption 2, it seems like they’re more interested in widening their player base for Grand Theft Auto 5. GTA 5 has become the most profitable entertainment product of all time by not only selling over 110 million copies but by fleshing out GTA Online as well through content updates such as The Diamond Casino & Resort. The update that added The Diamond Casino saw record-number gamers show up to check out the new content and with the move to Game Pass, the next update will surely see a bigger increase.

On top of GTA 5 joining the Game Pass Ultimate library, subscribers can purchase the game at the reduced price of $14.99 instead of the full price of $29.99. Game Pass Ultimate is available for $15 a month and standard Game Pass is $9.99 per month. Unfortunately, there’s no word yet on if or when GTA 5 will eventually make it to Xbox Game Pass for PC but we’re excited to check out the city of Los Santos again through the service on Xbox One.

Are you a Game Pass subscriber who’s downloading GTA 5 right away? Do you have to settle for paying full price on PS4? Let us know in the comments below!