Not Sure If Troll…

Just a little while after retail listings for the next Assassin’s Creed game appeared, alleged leaks surfaced regarding many details for the game including plot, combat, and other gameplay mechanics. Unfortunately, the source is 4Chan, so feel free to not believe any of this. Still, a lot of people are not dismissing it out of hand because of how detailed this Assassin’s Creed Ragnarok leak is, and if they turn out to be true, that’s kind of cool because these details would make for an interesting game. This leak also suggests that Ragnarok will be officially revealed next month. [POTENTIAL SPOILERS AHEAD] 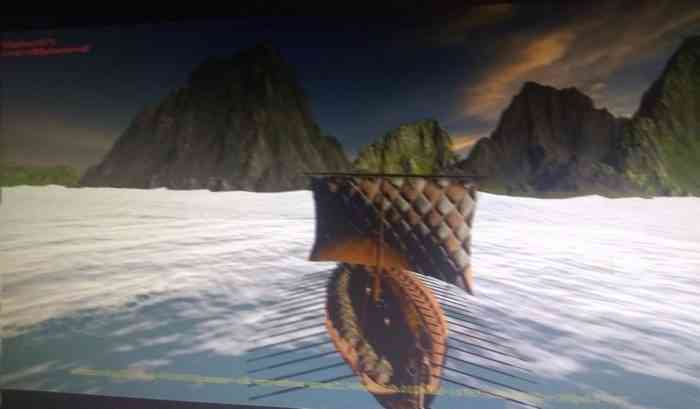 Starting with the plot, according to this leak, the player will control Jora for the majority of the game. Jora can be male or female. The tutorial/beginning of the game takes control or Jora’s father, Rorik during the siege of Paris in 845 CE. In 863 CE, Jora meets the Viking leader Ragnar. Jora becomes thane to Ragnar before he is killed by a templar. Jora meets Ragnar’s sons and they forge an army to combat the templars all over Europe. A templar named Bjorn is in possession of a Piece of Eden which is also a knife. Jora kills Bjorn, takes the Piece of Eden and gives it to Ragnar’s former lover.

As far as gameplay goes, there will be some drop-in/out co-op, apparently with up to 4 players. RPG elements introduced in the more recent games will be heavily expanded upon. Weapon durability will also come into play, so players will have to manage their weapons, inventory, and plan combat more strategically. Weapons can also be imbued with runes that use fire, lightning, and frost elements. These runes are activated by Berserker Mode, which is replacing Adrenaline. There will be sailing, but instead of focusing on sea combat, it will focus on exploration.

The hidden blade will be customizable, as well. Some new stealth mechanics will be introduced. In addition to hiding in snow, mud, hay bales, and other familiar hiding places, Jora can blend in with civilians depending on their current clothing. Clothing can also work against Jora if they are wearing things that stand out. Jora will also have a reputation system can is impacted by doing quests for citizens and politicians, and other actions like crimes. Apparently, there will also be temples housing mythological beasts such as a kraken, giant, basilisk, and a dragon. No information is given on what these beast are for.

According to this leak, the game will come out on September 29th, but is could all be a lie. Until any of these leaks are proven right, consider them fan fiction.

Are you hoping any of the above leaks are true? Let us know in the comments below.