The Lady of Space and Time

Despite being almost a 5 year old game, The Witcher 3 is being promoted in a lot of ways lately. There’s a The Witcher: Total War being made, there was Geralt and Ciri DLC in Daemon X Machina, and now CD Projekt Red is releasing a new The Witcher 3 statue of Cirilla Fiona Elen Riannon. No doubt that this is to keep the hype going for The Witcher series on Netflix that released recently. However, this statue shows Ciri in a different style than you might be used to. 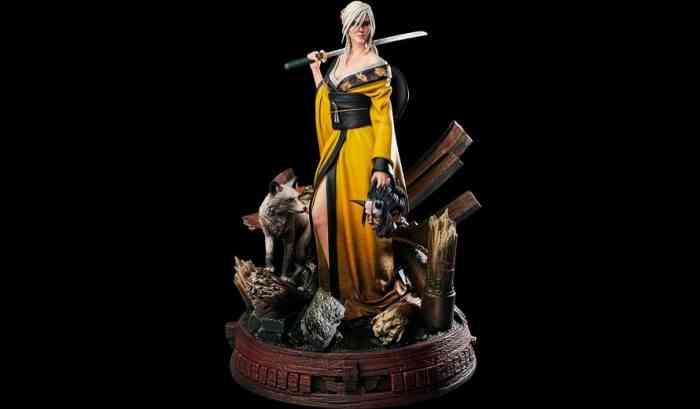 The statue called Ciri and the Kitsune Figure shows Ciri in a Japanese kimono with a katana in one hand and yōkai head in the other. She is standing in the ruins of a shrine with a kitsune, which is the Japanese word for fox. The yōkai head can be removed and replaced with the katana’s scabbard. The statue stands a 14″ from the base to Ciri’s head. Though The Witcher takes place in a fantasy land, presumably based on European countries, having Ciri in a Japanese setting certainly makes this a stylized statue.

These statues can be pre-ordered now on the CD Projekt Red merch store and will start shipping in Q3 2020. Each statue is made from polystone and is hand-painted. They cost $275 plus shipping. A very similar statue of Geralt as a Rōnin is being shipped and is available now. The Witcher 3: Wild Hunt is available on PC, PS4, Xbox One, and Nintendo Switch.

Would you spend extra cash on collectibles like these? Let us know in the comments below.

The Wild Hunt Spotted on Set of Netflix’s The Witcher

1:1 Resident Evil 2 Licker Statue Made By PureArts
Next
Halo: Combat Evolved Could Be Added to the Master Chief Collection Sooner Than Later According to 343
Previous
PSN Holiday Sale Features Death Stranding Discount