Daemon X Machina has crossed over with a couple of franchises that compliment it. The mech-animes Eureka Seven and Code Geass both have had DLC skin packs for pilots and Arsenals. The newest collaborative DLC crossover is with The Witcher 3 for some reason. I mean, The Witcher is a successful franchise, The Witcher 3 is considered one of the best games in recent history, and The Witcher Netflix series will be premiering very soon, but why? It just seems really hard to justify having this Daemon X Machina DLC. It might make more sense if the two games had the same developers or publisher, but there seems to be zero connection between the two games. It almost feels like if modders made an Iron Man skin for Skyrim. 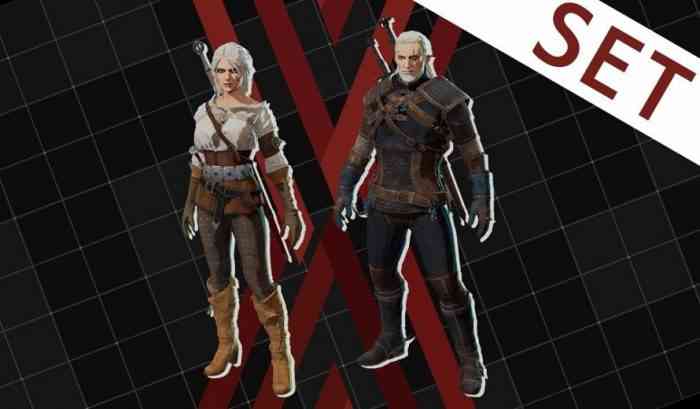 Now that my gripes are out of the way, Daemon X Machina fans can download this DLC and reskin their pilot as either Geralt or a misspelled “Siri”. Apparently, you can become the iPhone helper that no one uses. The models for Geralt and “Siri” actually look pretty good. the cell-shaded look of Daemon X Machina doesn’t take away from the experience of playing as the two Witcher characters, at least not anymore than the nature of the game does.

You will be able to see Henry Cavill as Geralt of Rivia and Freya Allen as Princess Ciri in Netflix’s The Witcher, premiering on December 20th. Daemon X Machina is out now on the Nintendo Switch.

What do you think of this crossover? Let us know in the comments below.