These Games Are Older Than She Is

More and more details about the upcoming Mortal Kombat movie are trickling out. Between character reveals and casting announcements, we are still missing major pieces of information such as the plot of the movie. But there is enough information available for fans to formulate their own theories. One is that Lewis Tan is playing an original character Cole Turner, who is a former boxer who has a daughter. Recently, a young Australian actress Matilda Kimber has been cast in an undisclosed role. It would make sense that she has been cast as Lewis Tan/Cole Turner’s daughter. 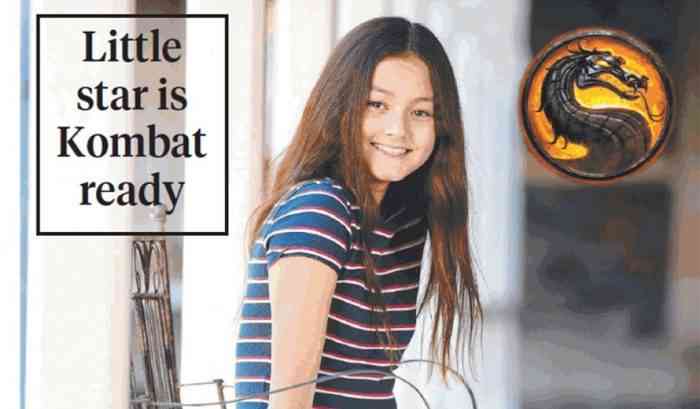 This appears to be twelve year old Matilda Kimber’s first role. The news was broken by South Australian Film Corporation saying the “Little star is Kombat ready.” If she is indeed playing Emily Turner, she will likely not be doing much “Kombat,” but the turn of phrase was probably too alluring to not use. Kimber and Tan’s appearances are similar enough for the two to pass as daughter and father. The roles of Lewis Tan and Matilda Kimber are still unconfirmed, so this is still speculation, but just remember, your ol’ pal Zane said it first. If it turns out to be wrong, then he didn’t say it.

There have been a ton of other castings done for the movie that you can check out on our site. Mortal Kombat will be hitting theaters on March 5th, 2021 and is filming right now in Australia.

What role do you think Matilda Kimber will have? Let us know in the comments below.