Red Dead Online Players Are Getting a New Questline

Red Dead Online is adding a new Moonshiner role next Friday on December 13th. The new job involves setting up a liquor bootlegging business and aiding an old bootlegger named Maggie Fike get revenge on her rivals. 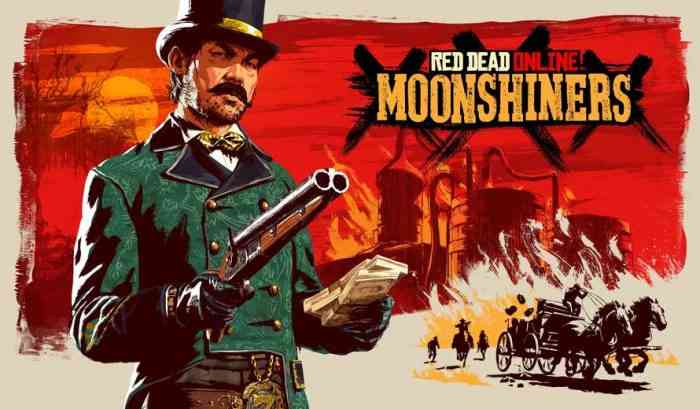 In order to start the Moonshiner campaign, players must complete “a sell mission or reached Rank 5 in the Trader progression” and then have your camp assistant, Cripps, introduce you to Maggie who’s based in Emerald Ranch.

The campaign can be played solo or in co-op mode and, while helping Maggie, players will also learn new moonshine recipes along with getting their own Moonshining Shack. Eventually, players will be able to start their own customizable bar that can come with a band and a dance floor.

According to Rockstar, other new features that will go live next Friday include a second battle pass in addition to “new Moonshiner role unlocks, the new Navy Revolver, additional clothing options and an increase in the amount of outfit slots in your Wardrobe.”

What do you think of this news? Does this new role sound interesting? Let us know your thoughts on this news in the comments section below the article.