Publishers Oddworld Inhabitants teased their upcoming Oddworld: Soulstorm title recently with a brief teaser trailer featuring some creepy but crisp sound design. The teaser trailer known as, “Just a Peek in the Dark,” is a simple clip of Abe, one of the main protagonists in the series, creeping his way down an extremely dark cave or mine. The light fades in and out like a candle and there are several shrill and odd noises that repeat and increase in intensity before the trailer fades to black. Oddworld: Soulstorm will release for PC and  unconfirmed console platforms sometime in 2020. 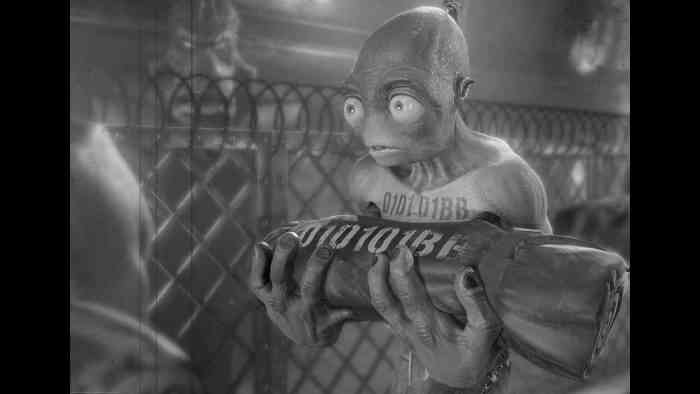 So far we aren’t sure which console platforms Oddworld: Soulstorm will release on but at this point, it’s likely a next-gen title. The “Just a Peek in the Dark,” teaser trailer lives up to its name of being a peek but it’s clear that the visuals of Soulstorm are a drastic overhaul from the previous Oddworld game. The trailer also teases the classic 2D gameplay with the side-view of Abe while the graphics broaden the scope in making 2.5D animation. We’re looking forward to seeing what this collaboration between Sabotage Studio, Frima Studio, Oddworld Inhabitants, Just Add Water and Fat Kraken Studios is able to come up with.

Oddworld: Soulstorm is returning to the roots of the franchise while reinventing the formula to setup potential sequels in the future. We’re expecting the title to wind up on the Xbox Series X and PS5 if it doesn’t release for Xbox One and PS4 but PC is apparently the ideal platform to play it on. The last teaser trailer released by Oddworld Inhabitants gave away significantly more and was a bit longer than “Just a Peek in the Dark,” but with the upcoming 2020 release of the game, we expect to see a full fledged trailer soon.

What did you think of the creepy Peek in the Dark of Oddworld: Soulstorm? Are you a fan of the classic Oddworld games or will this one be your first? Let us know in the comments below!