What an odd piece of news.

Oddworld Inhabitants has announced the re-release of Oddworld: Stranger’s Wrath for the Nintendo Switch. Furthermore, the new console experience will be playable at EGX. Aside from those two facts, details are scarce. 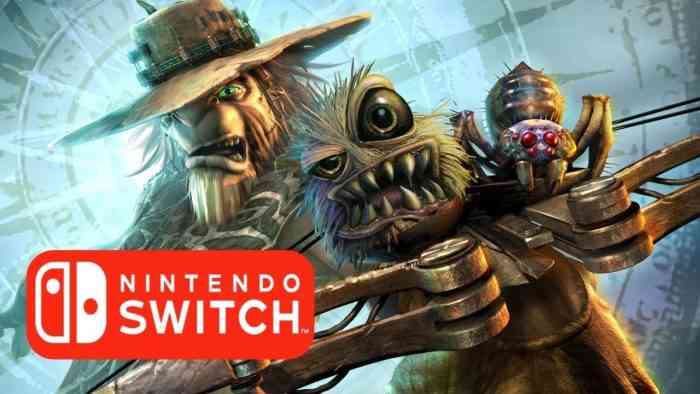 The developer did not announce whether the Nintendo Switch port will include enhancements. But since the lowest resolution of the Nintendo Switch is locked at 720p, then it’s probably safe to say it will be decent-looking. At the very least, the reveal of a new port keeps a classic title from fading into obscurity.

Oddworld: Stranger’s Wrath released in 2005 and represented a genre departure for the developer. Since the series was synonymous with platforming, I’m sure everyone was surprised to see a new installment in the form of a first-person shooter, yet it was a first-person shooter that departed from first-person shooters. The game turned out to be stellar—and unique enough to warrant a re-release 13 years later, apparently. The story follows the bounty-hunting stranger in a world with all the trappings of an Oddworld experience. You encounter plenty of peculiar characters and bosses, but most importantly, you had crossbow ammo in the form of freakish critters and bugs.

Surprise! We thought #videogamesday is a good time to announce that pretty soon, Nintendo Switch is going to get a whole lot… Stranger @NintendoUK pic.twitter.com/w6oaE49x8n

While the announcement of a 13-year old game may seem odd, it may hold over fans while development for Oddworld: Soulstorm breaks new ground. We can expect new game details post EGX. Until more news comes our way,

Oddworld: Soulstorm Collector’s Oddition Is Packed With Goodies
Next
Man of Steel Actor Henry Cavill Reportedly on His Way out of the DCEU
Previous
Nintendo Switch Online Launches Next Week