Next Battlefield Game Will Not Be Bad Company 3

The Next Battlefield Game Will Have Drones Though

Battlefield 5 has been a polarizing game since its release last year. The game was met with a lot of critics and doubters who felt that the series had failed to live up to expectation. The most recent Pacific update for the game has been well received, but some are still not convinced by what Battlefield 5 has to offer. Those fans are going to have to wait and see what the next Battlefield game will be in 2021. Dice and EA have been very clear that they plan to keep BF5 around for a couple more years. We don’t know much about the game but all we do know is that it won’t be another Bad Company. 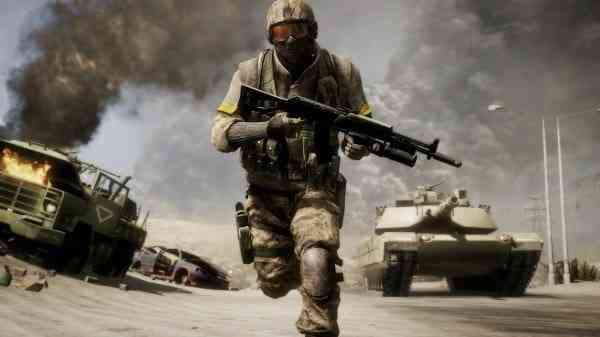 The last Bad Company game was released almost ten years ago in 2010. Since then fans have been begging for another. Bad Company 2 introduced the now-famous feature of destructible environments. This really did revolutionize how the Battlefield franchise was approached going forward. BC2 was a huge step for Dice at the time. The sound design was also a treat to listen to.

According to leaks, the next Battlefield game will take some time in the near future in the late 2020s or 2030s. This shouldn’t be too much of a shock due to the lackluster financial performance that Battlefield 5 has had. While there was definitely a large amount of the fanbase who wanted the series to go a much more historical route. Others preferred the more modern games such as Battlefield 3 and 4.

As disappointing as this news might be to long-time fans. There is still a respectable Bad Company 2 community that doesn’t appear to be going anywhere. It’s also really cheap on Steam if you are interested in playing.