You have heard of mouse and keyboard/controller games getting VR versions, like Fallout 4 VR and Skyrim VR, but have you seen it go the other way? We know that Half-Life: Alyx is a VR exclusive, and Valve even talked about why it could not be done with a mouse and keyboard configuration, but the developers for Five Nights at Freddy’s VR have found a way. These are wildly different games, but important part about it is that developer Steel Wool Studios is breaking down the VR barrier and allowing a wider audience to enjoy their game. 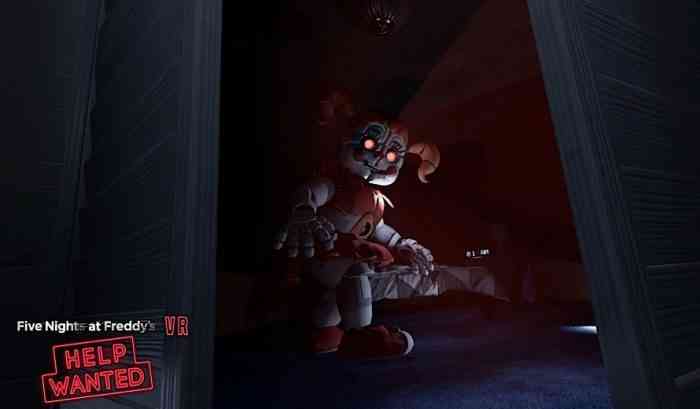 A couple of days ago, Steel Wool Studios released a teaser for a “flat” version of Five Nights at Freddy’s VR: Help Wanted. They said, “We have been working really hard to create a version of Help Wanted for everyone who doesn’t have access to a VR headset. Its been really important for us that the Non-VR (Flat) version feels great and not just a cheap ported 2D version of the VR version. We’ve worked hard on making the cameras and controls feel great! If you have Help Wanted already on Steam or PS4, you can play in Flat mode. If you don’t have VR you can buy and play the game in Flat mode and if you upgrade with a VR headset later (PC VR or PSVR) your game will work with that as well.”

In the teaser, you can see a monitor, and in its reflection you can see one of the living animatronics, waving eerily. The screen switches to the Five Nights at Freddy’s VR: Help Wanted logo, but then the “VR” light goes out. Obviously, the teaser ends with a jump scare. This update will allow PC and PS4 players to play without a VR headset, and even better, it will be available on December 17th. There are also plans to port this flat version to other consoles. Five Nights at Freddy’s VR: Help Wanted is out now for PC and PSVR.

Do you want more developers to make “flat” ports of their VR games? Let us know in the comments below.

Check Out the Skills of Magik in the Latest Marvel’s Midnight Suns Trailer
Next
PlanetSide Arena Severs Will Shut Down Next Month
Previous
PSA: Sega Genesis Mini On Sale This Week