For the Gamer with Not Enough Time, Hands, or Self-Respect

Concept: a device that feeds you when you are too busy to eat. Genius! On paper, that sounds useful, but in practice… Well, it’s better left on paper. Introducing, the Pringles Hands-Free Hunger Hammer! The device that must be totally aware of what it really is, with a name like that. To be perfectly clear, this is not a serious product. It is just a (probably) expensive joke. It is a headset-mounted Pringles-loaded hopper with a swiveling tray for gamers to feed themselves with. Engadget made a video on it with their own breakdown of how it “works”. 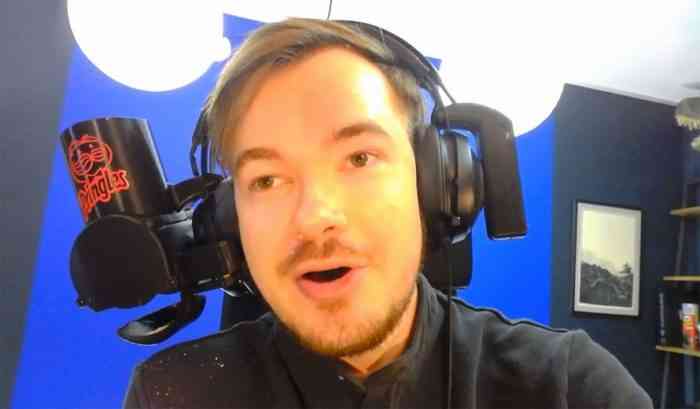 YouTuber and Twitch streamer Criken (seen above) also showed it off on one of his streams. You can see by the crumbs on his shirt, it is not only barely functional, but not even very convenient. In theory, this device would be used so that you would not have to stop what you are doing to feed yourself. The motorized tray can be activated with either a button on the headset or with a remote. Unfortunately, the tray brings it just far enough away that you would inevitably have to break focus from your game in order to grab it off the tray with your lips or tongue.

This Go-Go Gadget Pringles-reject is apparently a joke tie-in to Pringles’ Gears 5 promotion. They just need to add a straw and juice box compartment. Then you can take your gaming laptop and moving your game to the bathroom. You’d only need to get up to sleep! Unless you fill the juice box with Red Bull. I’m sorry, I think I just inadvertently described heaven.

Would you get this as a joke or for real and try to make it work? Let us know in the comments below.