Call of Duty: Modern Warfare Has a Double XP Event This Weekend

With season one coming to Call of Duty: Modern Warfare next week, Infinity Ward is celebrating the day one gamers with a double XP event starting now until December 2nd. Gamers will be able to grind out any unlocks and progress a lot quicker through the levels during the weekend to gain that upper hand on gamers who have to wait until the Holidays to get into Modern Warfare. Gamers can get into the latest Call of Duty at a reduced price during Black Friday for PS4, Xbox One and PC. 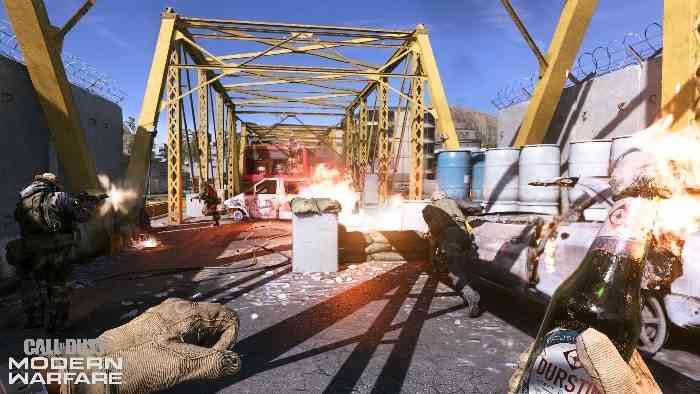 Season one releases for Call of Duty: Modern Warfare next week, bringing with it loads of new content such as new maps, new guns and more officer ranks. The double XP weekend will allow gamers to unlock the launch season officer ranks that won’t be available when the new ones release. Each season of officer ranks will include 100 ribbons to unlock through new challenges, one way Infinity Ward will keep things fresh as the game ages. The double XP event bonus doesn’t stack with any XP tokens so hold onto them until December 3rd.

Although Call of Duty: Modern Warfare didn’t launch with a battle pass, season one looks to remedy that with a progression system that includes over 100 tiers, with the ability to purchase Tier boosts to power level through the battle pass. These tiers will include cosmetic upgrades, weapon skins, emblems, player cards, watches and more. While Infinity Ward hasn’t finalized the battle pass, it’ll likely look similar to the Black Ops 4 progression system. While we were excited to see 21 maps out of the box, it’ll be nice to see more maps added to the multiplayer next week. Are you curious what we thought about Call of Duty: Modern Warfare? Check out our review here!

Are you going to be grinding out levels and weapon XP during Modern Warfare’s double XP weekend? Do you have to wait until Christmas, Hanukkah, etc. to get into the latest Call of Duty? Let us know in the comments below!