Russian Farmers Equip Their Cows with VR to Keep Them Calm

Russian farmers have begun experimenting with virtual reality and their cows in an attempt to increase the quality of milk production. The farmers believe that fitting the cows with custom VR goggles and letting them experience a more vibrant setting will lead to a higher quantity of milk of better quality. The Ministry of Agriculture and Food of the Moscow Region revealed the details about this cow VR program and their “unique summer field simulation.” 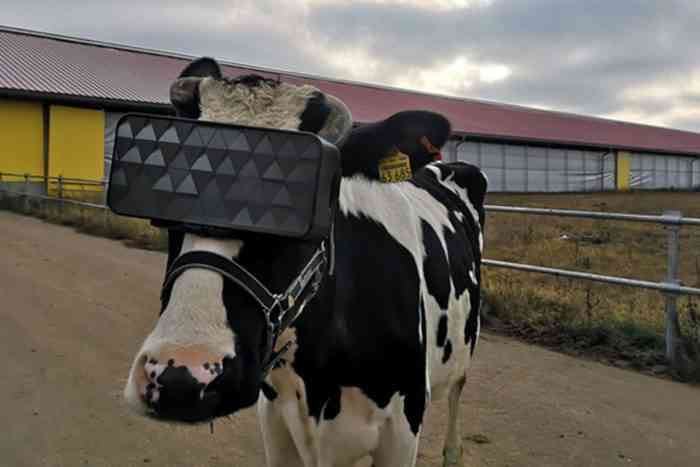 “In addition to physical needs, researchers began to pay more attention to the emotional state of animals. Examples of dairy farms from different countries show that in a calm atmosphere, the quantity, and sometimes the quality, of milk increases markedly,” said The Ministry of Agriculture and Food of the Moscow Region. “American farmers install automatically rotating brushes in the stalls, which replace the masseur’s cows. In Europe, they use robotic systems to ensure maximum free movement of livestock on the farm. In Moscow, Russia suburbs in particular, manufacturers install sound equipment for broadcasting classical music, the relaxing effect of which positively affects milk output.”

We aren’t sure if the cows will produce more or better milk from utilizing the VR technology, but it’s great to think of giving livestock a better life by utilizing our advancements in technology. Worst case scenario, this is a funny experiment, best case scenario has these farmers innovating a new standard of milk production. The farmers have already seen results with “a decrease in anxiety and an increase in the overall emotional mood of the herd.” We already have a Farming Simulator but this VR experiment takes farming simulation to new levels. 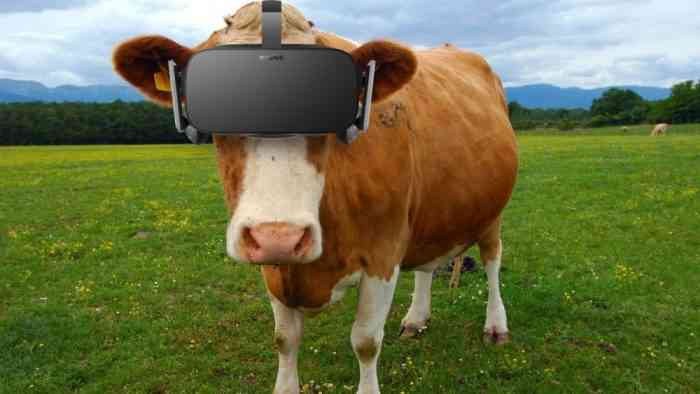 Are you surprised farmers are trying to use VR to their advantage or do you think more industries should implement it? What are some other ideas you have for virtual reality? Let us know in the comments!

Good Company is Adorable But The Machinery Management Needs Work