BioWare is offering a number of Mass Effect inspired skins alongside a “Shepard Shuffle” emote and more in Anthem to celebrate N7 Day 2019.  Each of the four skins can only be applied to a single javelin class and each skin is based on a unique Mass Effect race, Rangers cosplay as a Turian, Storm as Asari, Interceptor as Quarian and Colossus fittingly as Krogan. Each skin costs 61,000 coins or 850 Shards, making the unique skins cost around $8 in in-game currency as $1 equals 100 shards. The Commander Shepard dance emote costs 475 Shards, or around $5. Anthem is available now on Xbox One, PS4 and PC but N7 Day only comes once a year, so happy N7 Day everyone! 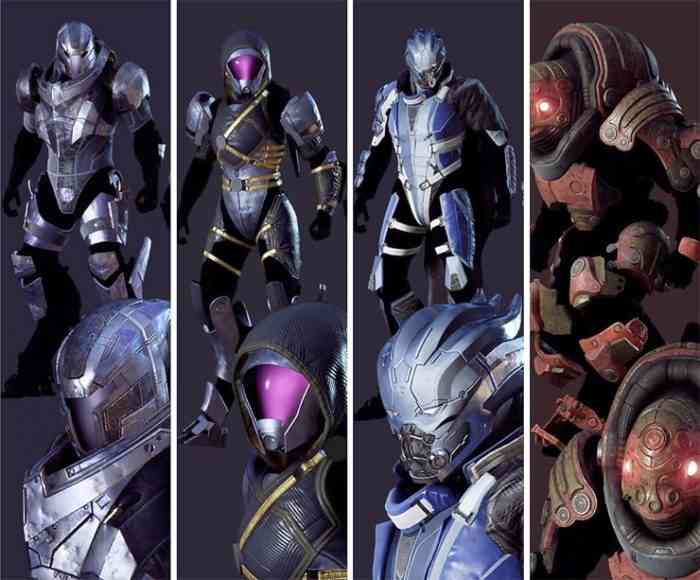 The four new Mass Effect inspired skins are a nice way to bring BioWare’s best sci-fi series into Anthem, especially for N7 Day. Though it makes sense that specific javelins get a specific alien skin but it’s quite limiting for a cosmetic item, this does help with immersion though. We think the new skins are expertly designed and Anthem could use more fun things such as this. The skins can be earned in-game by grinding for coins but it’s unlikely that gamers will get more than one using this method.

Aside from the skins, BioWare has made a few scattered tweets about N7 Day. It’s likely that BioWare is taking some time off of the Mass Effect series after the lackluster Mass Effect Andromeda. The team members who aren’t still working on Anthem are working on one of the other BioWare projects such as Star Wars: The Old Republic or the upcoming Dragon Age 4.

Which of the new Mass Effect alien javelin designs do you prefer? How are you celebrating N7 2019? Let us know in the comments below!