The release date of the Alien Isolation Switch port has been revealed: The first-person survival horror game launches on the Switch on December 5th. The port will cost $34.99 USD, according to the game’s eShop webpage. 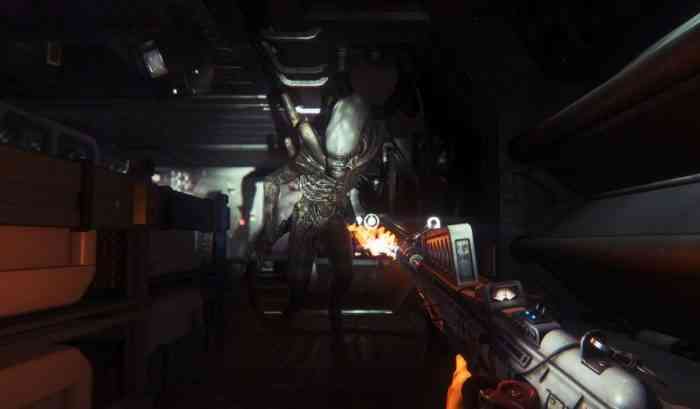 Originally released in 2014 for PC, PS4, Xbox One, PS3, and Xbox 360, Alien Isolation takes place on a derelict space station named Sevastopol and players will take control of Amanda Ripley, a mechanic who travels to Sevastopol in search of information about her missing mother, Ellen Ripley. However, when Amanda arrives, she finds paranoid, trigger-happy residents and a deadly alien monster that hunts her throughout most of the game.

We currently don’t have a review of the Switch port but if you’d like to learn more about the game then read our review of the Xbox One version.

How do you think this port looks so far? Planning on getting it next month? Let us know your thoughts in the comments section below the article.

New Age of Calamity Trailer Shows Everyone In Fine Form
Next
Report: Amazon Plans to Get Into Game Streaming
Previous
Pokémon Sword & Shield Have Sold Over 6 Million Copies Combined