Riot Games has been churning out news to celebrate the 10 year anniversary of League of Legends. One of these new announcements is an FPS called “Project A.” An up and coming competitive shooter with lots of ambition. 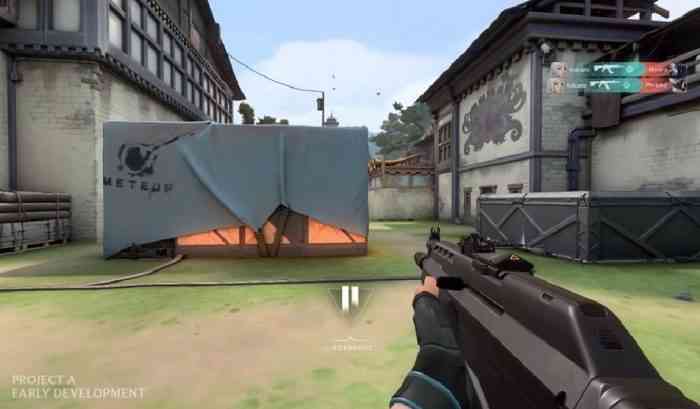 From what little information we have on Project A, it looks like a hybrid of Overwatch and Counter-Strike at first glance. Project A is going to feature lots of different characters with varying abilities. While also having the tight, FPS gunplay that is associated with hyper-competitive FPS games like Counter-Strike.

The time to kill appears to be very fast as well. Throughout the trailer, we can see opponents being killed with only one or two shots from a rifle or shotgun. Something that is seldom seen in games like Overwatch for instance. The abilities showcases are also a point of interest. The special moves are not going for realism at all. The ones that were displayed showed a magical barrier being summoned so the player could resurrect a dead teammate. Another boosted the player into the air and had them levitate while throwing daggers.

The most interesting part was how dedicated Riot Games claimed to be about things like ending “peekers advantage” and hacking. Riot Games made it very clear that they would be extra cautious and vigilant when it comes to cheaters. Claiming they will have high-end security systems built into the game that will immediately ban players thought to be using some sort of unfair advantage.

Project A is marketing itself to be a very competitive shooter. While these kinds of games are not everyone’s favorite, there is no denying that there is a lot of room for professional play with them. Riot Games seems to want to have their own Rainbow Six Siege and CS.