Yooka-Laylee and the Impossible Lair Releases in October

The Yooka-Laylee Spinoff Launches Next Month

Yooka-Laylee and the Impossible Lair will launch on October 8th for the PC, Xbox One, PS4, and Nintendo Switch, according to a recent trailer. The upcoming spinoff will be a 2.5D platformer instead of a fully 3D platformer like the previous game in the series.

Aside from the release date, other interesting info revealed in the trailer included the tonics system. According to the trailer, tonics can change the game’s visual style and environments along with providing abilities such as “infinite rolling, harder enemies, and super speed”. There are more than 60 tonics that can be found during Yooka and Laylee’s quest to infiltrate the Impossible Lair and defeat their evil nemesis, Capital B. 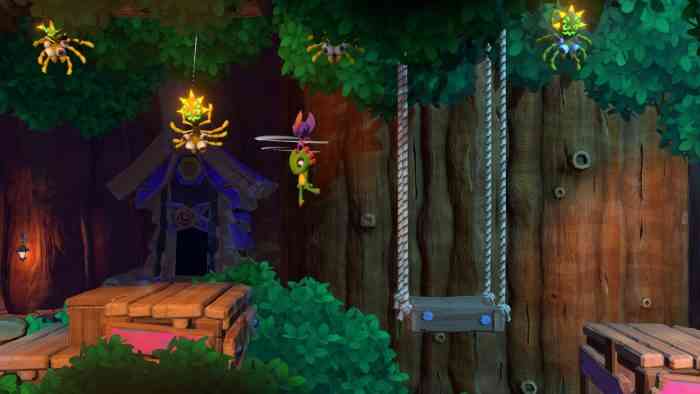 Want to learn more about Yooka-Laylee and the Impossible Lair before it launches next month? Then read our E3 2019 preview of the game!

“The game features a unique isometric overworld hub with areas to explore, collectibles, enemies to defeat, and most importantly – puzzles to solve,” the preview’s author wrote. “These puzzles not only affect the overworld but will have drastic effects on each of the stages you’ll need to complete to help defeat the impossible lair. Level design felt brilliant and the game is built with features to be accessible to sidescrolling players of all types.”