Pokemon Go Is Just as Popular as Ever, Earning a Whopping $176 Million Last Month

Pokemon GO dropped over 3 years ago, in July of 2016, and despite some decline in popularity, it seems the game is stronger than ever. In fact, last month marked the highest grossing month since Pokemon GO’s peak in 2016, earning a massive $176 million in revenue. 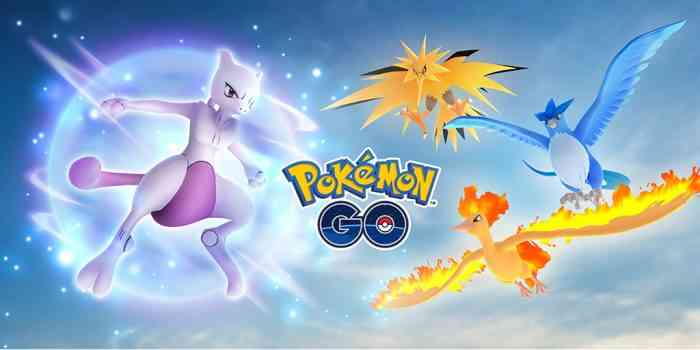 According to SuperData’s monthly worldwide digital earnings report, Niantic’s mobile game was the leader on the earnings chart, even beating the usual chart leader Honour of Kings. The report suggests that this huge increase in earnings was partially driven by the amount of in-game events for Pokemon GO in August. Additionally, and probably thanks to the weather, August is typically the game’s strongest month of the year.

Unsurprisingly WoW Classic also caused a major increase in revenue for World of Warcraft. But by exactly how much you wonder? According to this latest SuperData report World of Warcraft subscription revenue grew by approximately 223% in August when compared to July. Interestingly however, this total revenue was still lower than what was seen last August when the Battle for Azeroth expansion was released. 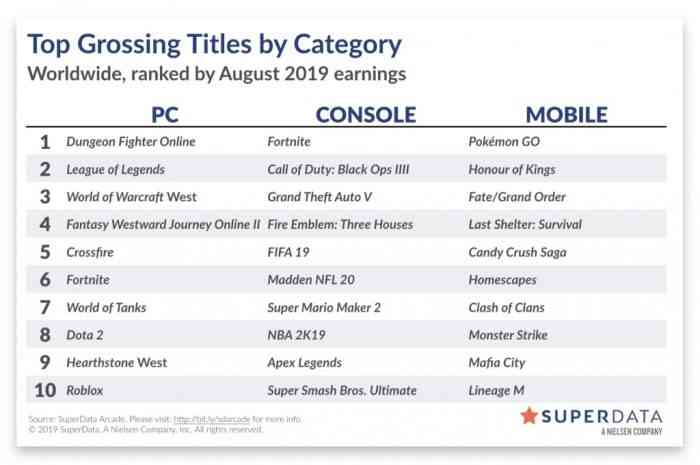 What were your favorite games last month? Are you surprised to see how any of these games were ranked? Let us know your thoughts in the comments below and don’t forget to keep it locked for updates!