Mordhau has just recently added a 1 vs 1 game mode. This game mode is designed to find out who the best of the best are at the Medieval simulator. The one versus one scene in any game can get competitive very heated at times. However, it gets especially personal in a swordfight. And when things get personal, it can bring out the worst in people. Even developers. 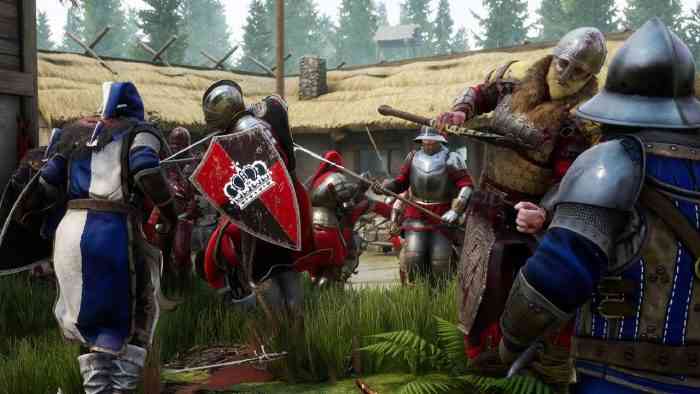 This is what happened to  GIRU, one of Mordhau’s best players. He was tasked with facing down Crush, a Mordhau developer. To makes things even more exciting, GIRU decided to fight Crush with nothing more than a frying pan. Yes, that is in the game.

Crush decided to fight in a much more conventional way. Using a polearm. Something that clearly gave him the upper hand in their bout. However, this did not faze GIRU in the least. The player went to town on this unfortunate developer with the frying pan and was able to bludgeon his opponent to death relatively easily.

It is not hard to imagine the embarrassment that must come to losing to a guy wielding a cooking utensil. Particularly when you are using an actual weapon. After the dominating performance, GIRU was promptly kicked from the game by the disgraced developer.

This was, of course, meant to be more of a joke than anything. But it just goes to show that even the people in charge of the game they made have moments of blind anger like the rest of us.

Mordhau and other highly competitive games like it are well known for their toxic community. So it was unfortunate to see an administrator of the game fall into that stereotype.

Mordhau is currently out on PC and is available on Steam for download.


One on One Dueling Has Been Added to Mordhau

Mordhau Might of Just Got Some New Competition, Chivalry 2 Has Been Announced at E3

First-Person Sword-er Mordhau Sales Hit 500,000
Next
You Can Now Get Married By the Voice Actor From Duke Nukem
Previous
Code Vein Demo Available Right This Second