Mario and Sonic at the Olympic Games 2020 Characters Leaked

Mario and Sonic at the Olympic Games Tokyo 2020 will be out in… November 1st, 2019, funny enough. With exactly two months away from release, the list of characters, or rather competitors, were an unknown. That was, until recently, when it appears that SEGA accidentally released an image that lists the Mario and Sonic at the Olympic Games 2020 characters. The list is comprised of symbols for the characters, which includes classic symbols like Mario’s and head icons like Sonic’s head. 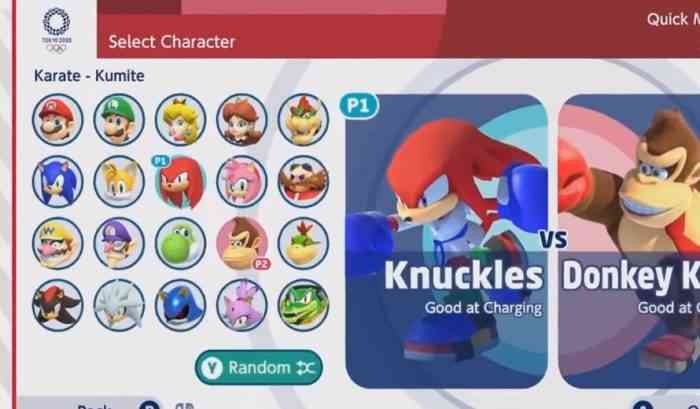 This banner that was released can be seen in a video by GameXplain. The release of the banner seems like a total oversight, but in SEGA’s defense, they did put the word SAMPLE behind it. Mario and Sonic at the Olympic Games Tokyo 2020 will be available on the Nintendo Switch on November 1st in Asia, November 5th in North America, and November 8th in Europe. It will also be available in arcades.

Who is your favourite character in the roster? Let us know in the comments below.

Could Pokémon Scarlet and Violet Fix the Series’ Difficulty Troubles?
Next
One on One Dueling Has Been Added to Mordhau
Previous
Chucklefish Addresses Employee Exploitation Allegations