It Looks to Break the Limitations of the Manga

The game based on the Hiro Mashima manga Fairy Tail is on its way to release in 2020. Fans were shown a bit of what to expect during the Fairy Tail Special Stage at the Tokyo Game Show earlier this month. New information surrounding the gameplay of the Fairy Tail game has surfaced recently. It includes content like the length of the game, playable characters, and gameplay mechanics of how to improve the characters. This information comes courtesy of Gematsu. 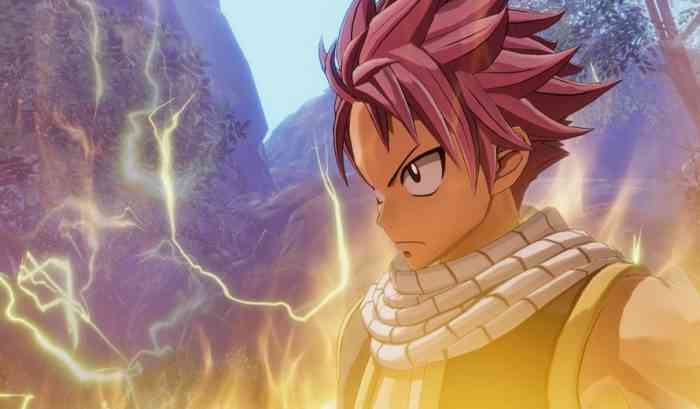 Players like to know if they are getting enough game for their buck. According to the source, the story will have about 30 hours of gameplay, and that’s just the main story. There will also be a ton of side quests that make up even more playtime. Since the game is based on a manga, a lot of content will be inspired by the manga, but there will also be a lot of “game-unique stories” for players to experience. It is reported that there will be 10 playable characters, and the relationships and bonds between characters will strengthen when they work together or complete quests together.

If you like the way that sounds, publisher Koei Tecmo and developer Gust are considering making DLC as well. No concrete release date is set, but the Fairy Tail game will likely be released sometime in 2020 on PS4, PC, and Nintendo Switch.

Are you a fan of the manga or anime? Are you anxiously waiting for the game? Let us know in the comments below.